Thanks to the PTAA Travel and Tours Expo last February, my family and I were able to get hold of a package to Corregidor Island at a discount. I am not typically giddy about tour packages as a mode of travel since you do not go at your own pace. However, given that access to this island is severely limited from Manila, we decided to go for it. We got the Corregidor day trip for only PHP 1500 per person (currently valued at PHP 2000 but the price will be increasing to PHP 2200 come March 20), including a Manila Bay Cruise ride for free (valued at PHP 550)!

We arrived at the dock at 6:30 AM, an hour earlier than the boarding time. (Traffic in Manila is very unpredictable, so it’s better to be early than sorry!) Before boarding, we had to pay PHP 100 each for the fuel surcharge. Everything was fairly efficient for Filipino standards–we boarded on time, left the dock just a few minutes behind schedule at around 8:05 AM, and arrived on the island at 9:15 AM. Unless you are part of an organized tour group, you get to choose which tram to ride at the pier upon docking.  All trams have English-speaking guides only, except for one tram allocated to Japanese visitors. Tip: Get on Bus no. 5 guided by Rowena; she is funny!

Corregidor, which is a Spanish name for corrector, is an island 48 km southwest of Manila. It is strategically located at the mouth of Manila Bay. Historically, Corregidor served as a customs checkpoint in early Spanish times. Upon arrival of the Americans, however, this island was fortified to become a defense base given its strategic location.

During the World War II, the Axis powers had to cripple this military ground to be able to enter the city of Manila. This was where Filipino and American troops fought hard against the Japanese forces to prevent the invasion of Manila. This was also where President Manuel Quezon took refuge after declaring Manila as an open city, and where he left the country for the United States. This was also the departure point of General Douglas MacArthur where he uttered the words “I shall return”.

Today, the island serves as a major tourist destination for residents and foreigners alike. I was surprised to see many Filipinos show up for this weekday trip. Moving on to the tour…

First stop: Gen. MacArthur’s take-off point to the US 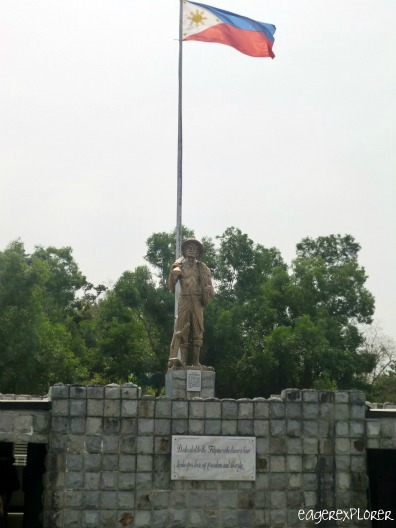 Malinta tunnel served as a safe ground for both Filipino and American soldiers during the war. This was also where President Quezon performed his duties during this time period.

**There is an Light and Sound show inside the Malinta tunnel. This show narrates the events during the second world war. This costs PHP 150 per person. 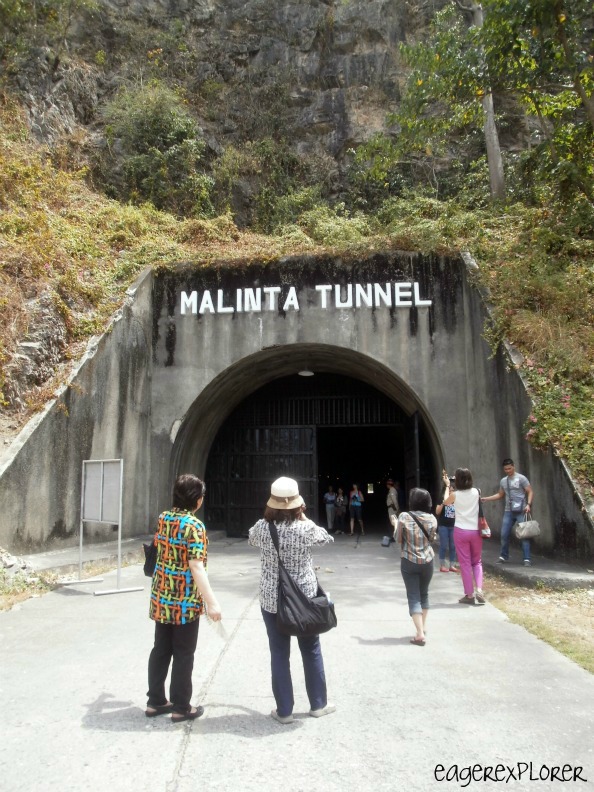 Remember the tram full of Japanese visitors? Well, the guide informed us that many of them are descendants of those who fought and died in the island during the war, and that they went to pay their respects to their ancestors. It was said that nowhere in the world except here were Japanese war soldiers given decent burials.

After this, we had lunch at Corregidor Inn. Lunch is included in the package that you pay for. 🙂

A number of stops after lunch: Ruins and artillery

Here, we got the chance to see building ruins up close. We also had the opportunity to hold cannons and enter ammunition storage facilities.

Unfortunately for me, I was too excited to climb up to the lighthouse. I spent a good few minutes up there, enjoying the scenery. By the time I got down, it was already time to leave–no photos then.

We left the island at 2:30 PM, hence arriving in Manila at 3:45 PM. This was one worthwhile trip to undertake. Not only did I get to visit one of the seven thousand islands of the Philippines, I learned a lot too! Definitely, I shall return! 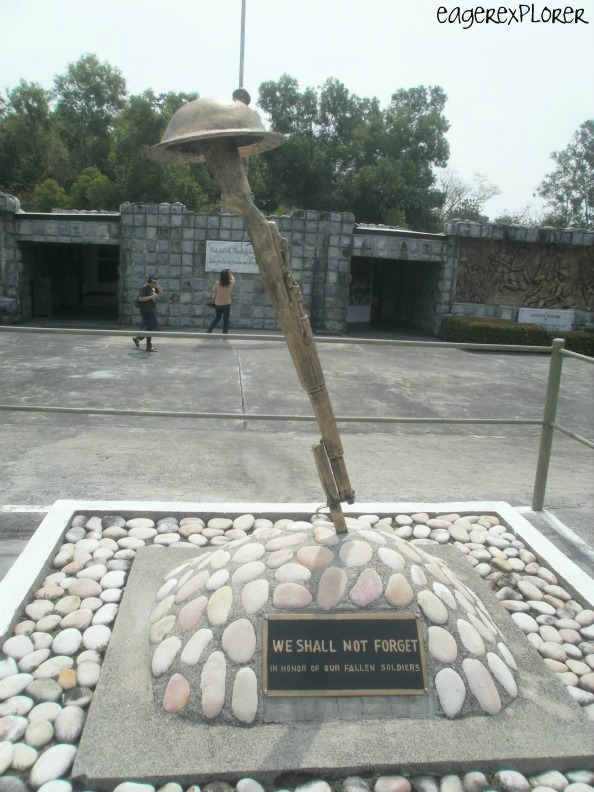