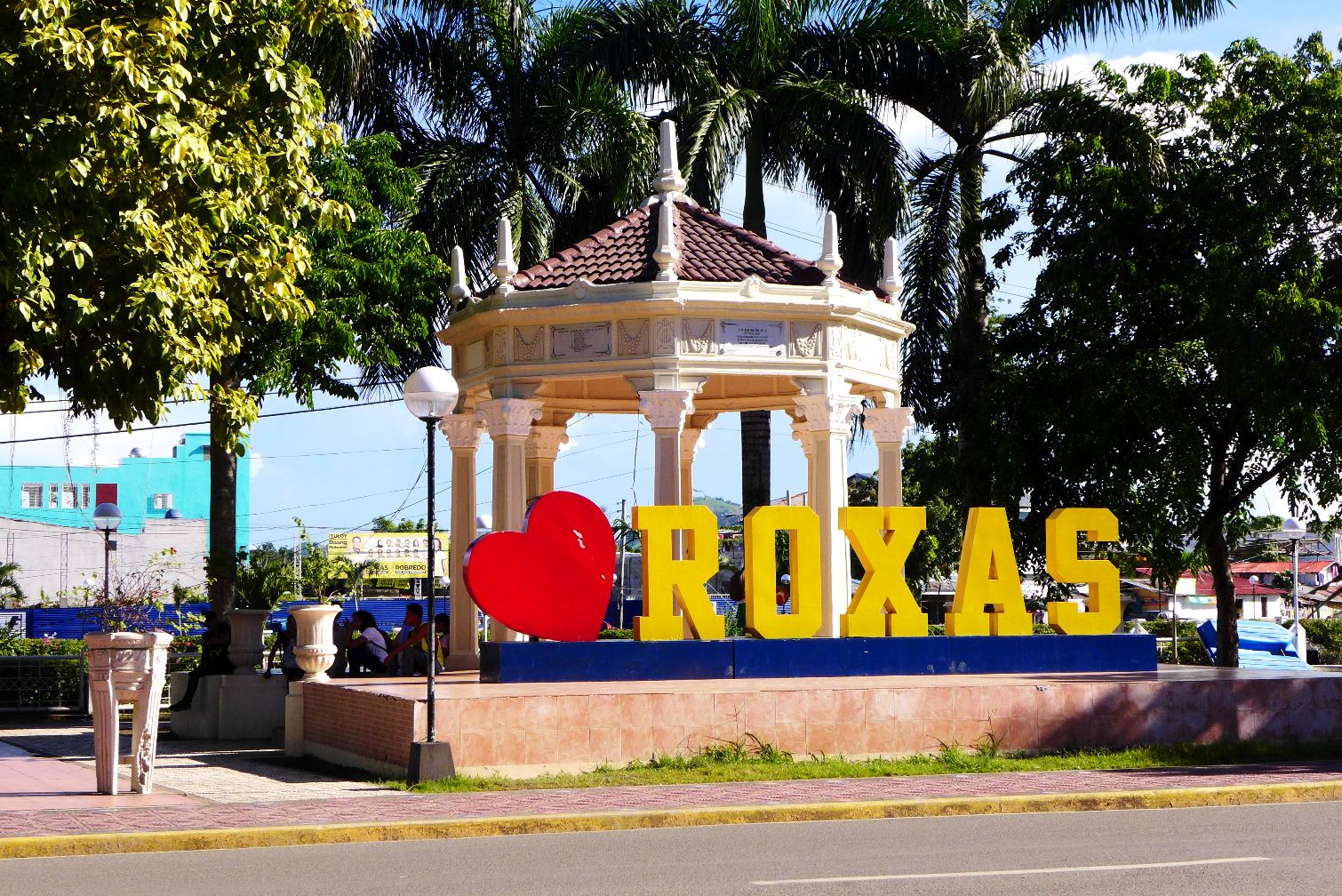 We were truly spoiled in Iloilo – an endless array of food to try, a very convenient public transport system and a great mix of small town, big city feel. It was one of the greatest stays I ever had locally. But sadly, it had to end.

The Ceres Bus Terminal in Jaro was a bit away from the city center. The rural landscape had emerged when the gigantic modern bus terminal appeared into view. It was new, and it was the nicest bus terminal in the country I have seen.

We immediately located the bus heading to Roxas City, our next destination, but we’re clueless as to whether we should have a ticket on hand prior to boarding. We asked around, but the conductor or driver or dispatcher couldn’t be found, so we took our chances and hopped on board. In a few minutes, the bus was full, and we were on our way. (Yes, it turned out that you buy tickets once you’re already on the way.)

The scenery was a bit less spectacular than I expected — mostly farms and some hills that were a bit dry — so I slept most of the way. It would have been an easy ride, except for the rather narrow seats, which had three on one side and two on the other. I am more used to the 2×2 orientation.

I woke up as we pulled into the terminal in Passi, a half-way point from Iloilo to Roxas. I was ready to give going down a pass, when I saw a woman with a stick of bananacue. I wanted one so I got down. I then thought to make a quick stop to the bathroom first, and buy bananacue later, then go back to the bus. As I got out of the bathroom, lo and behold, the bus began driving off! I was instantly in a panic, ran towards the bus and immediately raised and waved my hand for the driver to see that I was one of the passengers of his bus. He stopped the bus after seeing me, but my initial goal of buying bananacue was reduced to ashes. Oh well.

The journey continued on uneventfully. It was too late when we realized that the last stop of the bus, the Roxas City Integrated Transport Terminal, was a little off the highway. Surprisingly, apart from two jeepney lines and tricycles there, there was no other public transport. No taxis, no vehicles for rent.

I read previously about the existence of Capiz Cabs, but they were nowhere to be found. I later learned that most of them were rented to long-distance destinations, thereby limiting their availability as city cabs. I even went to a travel agency office that was inside the terminal, but the woman in charge told me they didn’t have any vehicles for rent. There was a man who offered his van, but it was so exorbitantly priced that I had to pass. (The guy asked for P1000 for a 3.5 km drive, which he later reduced to P800…seriously?)

In the end, we opted to take the jeep to the center of town which cost us a measly P50 for the four of us.

Along the way, we passed by Sky Garden Hotel, the hotel where I placed a reservation a few weeks prior, but which the staff canceled only a few hours prior my supposed check-in time. To say that I was frustrated after receiving their call was an understatement, but I had to scramble to find a new place to rest my head for the night. To be fair, they offered to place us in a different hotel, though, which we declined.

It was a blessing in disguise in a way. I immediately made a reservation at Roxas President’s Inn which had a vacancy for the evening. It was a pretty cozy place with a heritage feel to it. It had character – patterned tiles, antique furniture and chandelier lights decorated the hotel. But most of all, it was in the heart of town. Really, I was stupid not to have reserved this hotel in the first place.

1 thought on “Travel Tales: On the Road to Roxas City”