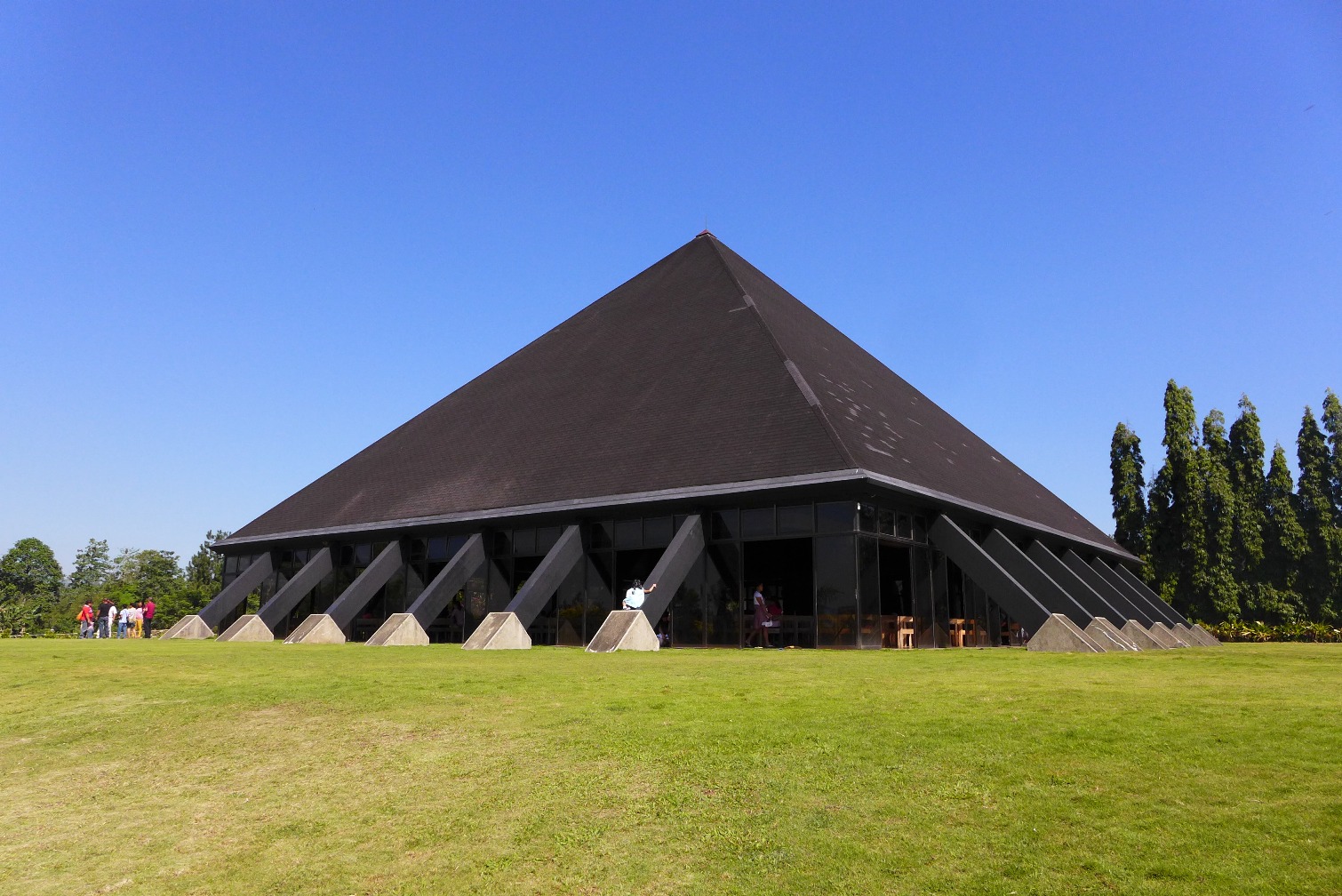 Our arrival in Malaybalay wasn’t as welcoming as expected. The town was filled in darkness as power blackout continued to persist throughout Mindanao. It was actually an eye opener. Not all cities in the Philippines were what I imagined them to be.

Amadeo is famous for its steaks, but having just eaten a chunk of meat earlier that day, we opted to skip it. My brother and I shared sisig instead. It wasn’t at par with the taste I am used to. My parents ordered chicken and pork barbecue. Though the servings were generous, they commented that there was nothing special on its flavor. The staff, though, were very kind and served us really well.

We came back the following day for a cup of coffee, since Bukidnon Brew Cafe was closed. Since it was already daylight, we saw the garden where you can chill out. Unfortunately, the abundance of mosquitoes made us head back inside the restaurant.

We decided to have lunch in Anton’s, a restaurant whose owners were the creator of Sr. Pedro. Apparently, Malaybalay was home to Sr. Pedro, a nationwide food chain serving roast chicken. We opted for the set menu for our group of nine, and added one whole chicken to the list. After all, we had to taste the original Sr. Pedro chicken.

It was indeed a hearty lunch.

Our last meal in Malaybalay was in Chef Edward’s Restaurant. It was recommended by the staff of the hotel, and when I asked a local, she said that food was good there.

The restaurant was like a giant tiki hut whose incandescent lights were perfect for the ambiance. The mountaineering group near our table made us feel that this was indeed a chill out place after a long day. Though the dishes weren’t as great as I expected (I ordered sisig again along with sizzling squid), it was still a great way to end our short stay in Malaybalay.

Never make the mistake of allocating your sightseeing day of Malaybalay to a Sunday. We did just that and found ourselves disappointed after a series of closed shops and restaurants.

Perhaps this is the most famous of all of Malaybalay’s attraction. Its nonconventional pyramid shape was representative of its architect’s creative mind. It was the brainchild of Lindy Locsin, a national artist for architecture in the Philippines.

Nestled atop of a hill, it is very peaceful, yet not without visitors. As we were there on a Sunday, we were able to attend the mass along with a number of locals.

Upon your exit, head to their shop where they sell monk’s blend coffee – mix of robusta and arabica beans for your partaking at home.

If you couldn’t wait to get a taste of their coffee, head to Bukidnon Brew Cafe, where monk’s blend coffee is said to be served. However, we didn’t get that chance since the coffee shop was closed on a Sunday. We just went to Amadeo instead.

If you want to get away from it all, this is the place. Run by the sisters of St. Teresa of Avila, it is a peaceful retreat – a sanctuary where you can reflect on life.

Covered in pine trees, the park is home to Malaybalay’s amphitheater. I once read that you can have picnics here, but I didn’t see any tables during my short visit. The tourism office was also closed that day.

I’m not sure what exactly the name of this place was, but it was the open area where a lot of government buildings were built around. Being a Sunday, it was perfect to head there to see the locals do recreational activities, be it playing across the field or simply having a picnic.

This is actually a restaurant, but is home to a number of horses. They say that you could go horseback riding here for an hour or a few. Unfortunately, it was closed on a Sunday.

My least favorite part of town. It was busy, crowded and hectic. It was where stalls of used clothing stood side by side each other, and each lot was utilized to its maximum. Streets were narrow and full of motorela, the local public vehicle equivalent of a tricycle. However, notable structures are the San Isidro church, the park in front of it, and the Gaisano mall across.

I initially debated between staying in Pine Hills Hotel or 1st Avenue Apartelle. The former being the premiere hotel in the city, while the latter had a very affordable price. Reviews of hotels in Malaybalay were scanty, pictures were more difficult to get hold of. In the end, I chose 1st Avenue Apartelle, since I vowed to be more careful of my travel money at the beginning of this year. After all, a night in Pine Hills equated to two nights in 1st Avenue. It was the logical choice, budget-wise.

I was nervous when we got into town due to the power blackout. It being a small hotel didn’t help – I didn’t know whether it had power generators. Luckily, the hotel stood out on the street in the sea of darkness. It had power.

The staff was welcoming, and pointed out our rooms for the next couple of nights. Tip: Ask for a room in the new wing for better facilities. The room, though basic, was enough for our needs – a bed, an air-con and a hot shower. There’s even cable TV if you’re an avid watcher. We were more than happy.

Another road trip would follow the next day. More about it next time. Until then, happy travels!

1 thought on “A Guide to Malaybalay”