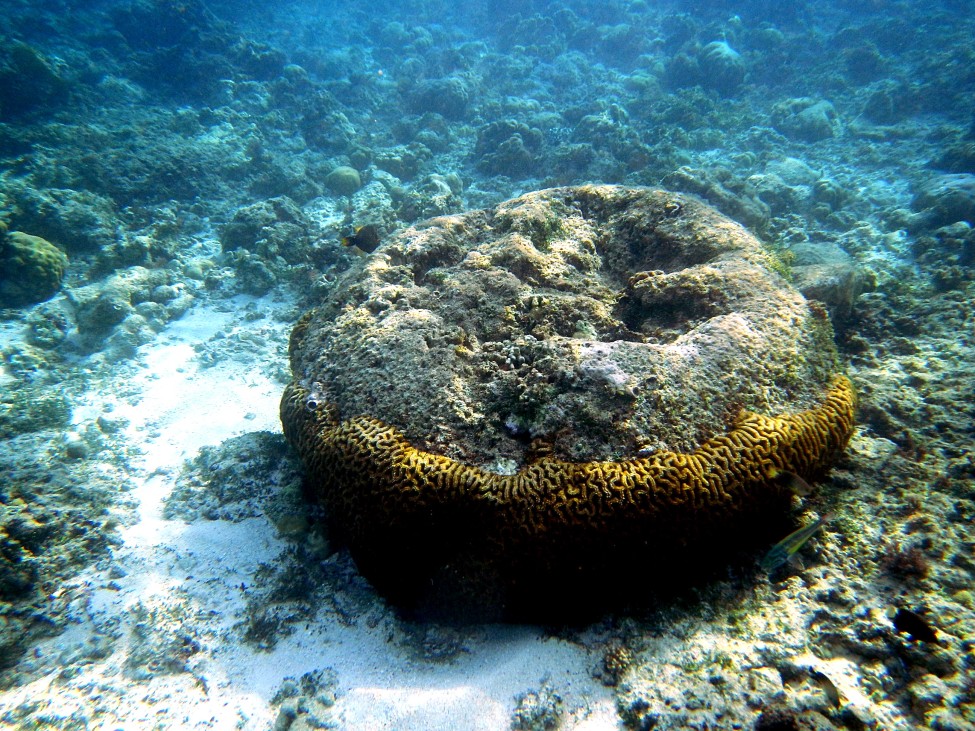 While we stayed in the island of Panglao, we were unable to go around town as much as we wanted to. Transport around town is scarce, and while there were tricycles, they simply charge too much.

We didn’t avail of the Panglao tour anymore. There were just a few things to see apart from the town proper: the Hinagdanan cave (my parents don’t want to go), Dauis Church (which we already saw) and the Bohol Bee Farm. Kuya Tata informed us that there were no more bees at the farm, after a typhoon hit the province hard. So, the farm only serves as a restaurant now.

We had the hotel arrange our half day at sea in Panglao, which cost us P1500 for one boat. As I said before, our hotel wasn’t beach-front, so we were picked up by one of the boatmen from the hotel to get to the shore.

The nearest shore was Alona Beach, about five minutes away. To be honest, I was disappointed – I expected a clean beach devoid of hotels, but nope, it just wasn’t the case. It’s more like El Nido town along the shore, only a bit less crowded. Certainly not an idyllic place to stay. Good thing we were not staying here, I thought to myself.

We boarded the boat and prepared ourselves for the next few hours at sea. We went to the middle of the sea to see some dolphins getting their breakfast. Perhaps it was too early, because there was none. Zero. Nada. Zilch. We waited and waited and waited, but no sign of the dolphins. Soon, two more boats arrived.

Still, nothing. Until about thirty minutes after we started, there was one. Then another, then a few more! We changed directions, and there were some more! They were plenty, and fast too! And they were like synchronized swimmers traveling in packs, rotating their bodies in a speedy fashion such as to show only a short glimpse of their daily lives to the viewers.

We didn’t stay too long, and headed to Balicasag island. As our boat docked, several men boarded our boat to offer snorkel and shoes for rent. We brought our own snorkels, and we didn’t see the necessity of renting aqua shoes. Tip: Don’t rent the shoes, they’re going to be useless!

We boarded a paddle boat to reach the marine sanctuary (which was quite a scam since you can easily swim from the shore to the site). Environmental fee costs P200 per head. There were a lot of fish, yet the sea was dead. Nothing can be seen on the sea ground, except for sand and rocks. I was excited with the abundance of fish, but it gets boring since they were concentrated on just one part of the sea.

We asked our lazy boatman if there were other sites to snorkel. He said there was another one, with turtles this time, but we’ll have to pay another fee. Come on! Does every action you make in Panglao cost a hundred pesos? I’m not really a budget traveler, but I hate feeling as though I’m being taken advantage of. Hence, my brother and I chose to go back to shore, and then we all went back to the hotel.

We were all dismayed with the kind of treatment our fellow Filipinos gave us.

Before lunch, we found ourselves in the crowded terminal in Tagbilaran. We were going back to Cebu to catch our flight back home.

3 thoughts on “Dolphin Watching in Panglao and Snorkeling in Balicasag”