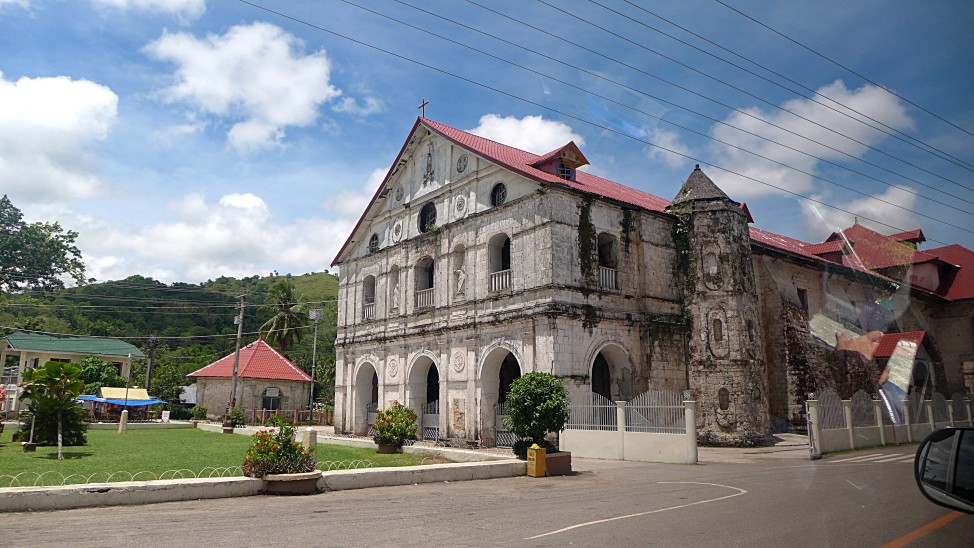 There are three big tours currently in place in Bohol: the countryside tour encompassing the main island of Bohol, touring the island of Panglao, and a day full of adventure in Danao. Since my parents were present, Danao was not in our plans, and we tried to fit the countryside tour and Panglao in our short one day and a half stay.

We awoke early in the morning to prepare for the countryside tour. Kuya Tata picked us up at around 9am, and we proceeded with the 2-hour drive to the Chocolate Hills in Carmen, Bohol. He wanted to place it first in the itinerary to beat the crowds later in the afternoon.

From there, we passed by the man-made forest in the town of Bilar. We took a short stop along the highway for some photos (of course!), and I tried to jump along the highway since there were only a few vehicles passing by. I loved the trees – it reminded me of Mt. Ugo, and I loved how they met up in the air to serve as a canopy for the travelers.

We then made our way to the Tarsier Sanctuary, and after which headed to the hanging bridges. I’ve crossed a number of hanging bridges in the past, but this one scared me the most. Well, at the start, it didn’t, but as I moved forward, the less I enjoyed it. This was made of bamboo, woven so as to create a more ‘stable’ bridge. The problem was that when you step on the wrong bamboo, you’d likely hear a creak, which will startle you in your otherwise peaceful endeavor.

At the other end of the bridge was Buko King, aptly named for his talent in breaking a coconut open only with his teeth. There’s a talent fee of P100 for the show, which we didn’t want to pay (we’ve seen it on TV already), so we just crossed the other bridge and headed back to the car.

Kuya Tata then brought us to the Loboc River cruise dock to have our lunch, where I had this unforgettable travel experience. After the cruise, we passed by the Loboc church, the one that was proposed to be torn down to widen the road. Seriously? Good thing that the residents protested against the proposal. Kuya Tata shared that it was believed that gold coins were hidden under the church – the gold coins said to be part of the Yamashita treasure – hence the desire to demolish the church. Intriguing, isn’t it?

Next, we went to the Baclayon church. We skipped the museum beside the church, and checked the interior of the church instead. There were wedding preparations being made inside, so we were quick to get in and out.

We then proceeded to the Blood Compact shrine, where sculptures were erected to reenact the blood compact ritual between the head of Bohol and the Spaniards. Unfortunately (and quite funny too), the actual site is only a few hundred meters away. Why the shrine wasn’t built there is beyond my logic.

We also skipped seeing the butterfly garden and the private property housing a python – it’s included in the tour but we’re not keen on seeing those things. In return, Kuya Tata drove us to the church in Dauis (part of the Pangalo tour), where another wedding was held, so we were unable to go inside anymore. 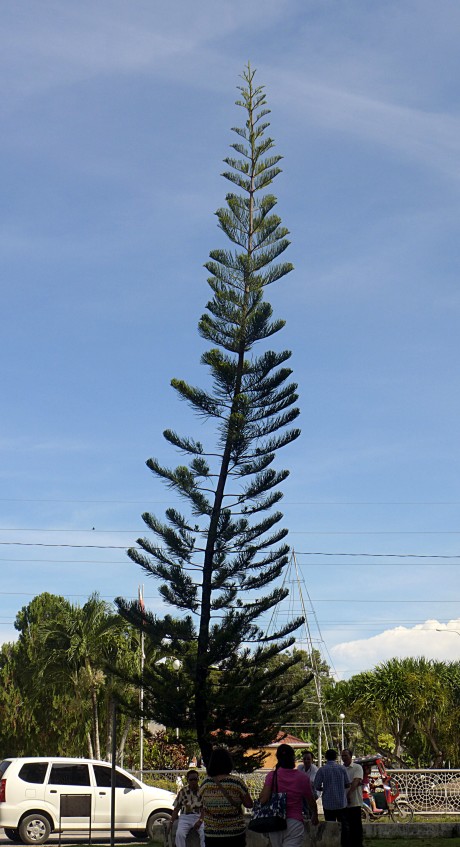 After that, we called it a day. We headed back to the hotel and watched the sun go down. Happy travels!