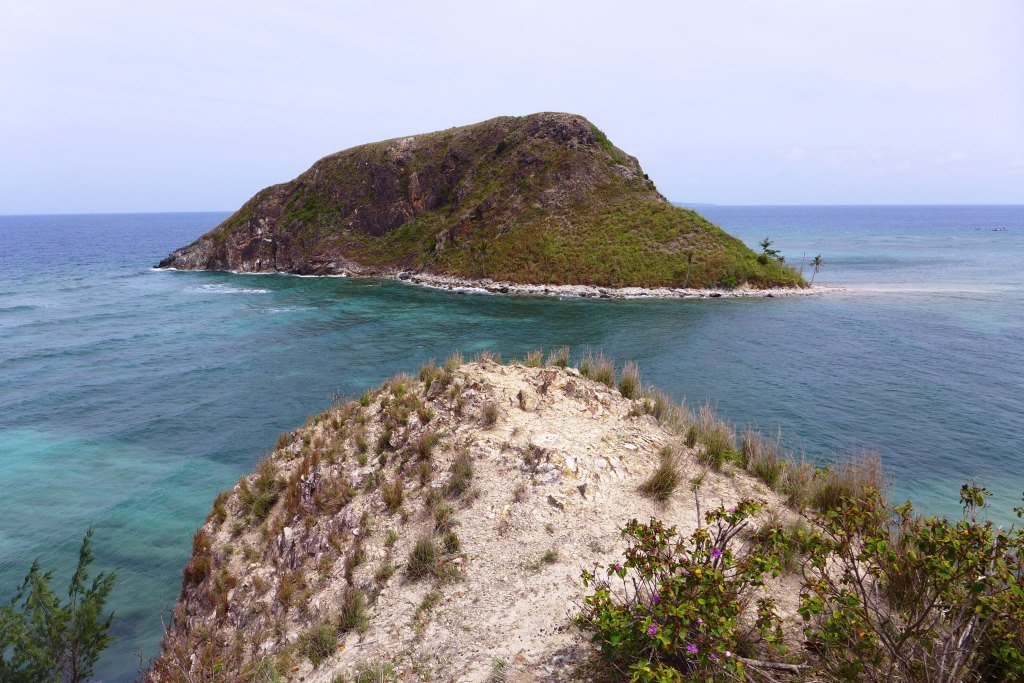 Having just wrapped up our short stay in Boracay, we headed south of Panay Island to visit a less-explored destination: Antique. To be honest, I never expected much about the province, since Boracay and Iloilo casted such a dark tourism shadow on anything else in Panay. Surprisingly, I was in for a treat.

Less than two hours into our journey, we reached the town of Culasi in Antique. Our first stop was the market to buy food to bring to the island. We headed to the port where harsh waves greeted us. In contrast to Boracay’s white sand, here was where black sand was predominant. We boarded the outrigger boats and hoped for the best.

Fifteen minutes ago, I was in the middle of a small town in the Philippines, and I now stood on a white sand bar slowly being engulfed by the clearest waters. Nipa huts stood a few meters off the shore, and there was nobody else in the island except for the locals. Yes, surprisingly there were people living in this island!

Before the sun unleashed its full fury, we decided to go on a trek to get to the other side of the island. Small, rustic houses lined the pathway towards the hill. Debris of houses that were destroyed by the storm still stood – perhaps in the hopes of getting built again someday. Somebody was playing a guitar while singing his heart out. A little girl fills her bucket with water, while another man was working on an old tire.

The first ascent was laden with steps, but I was quickly out of breath due to my lack of exercise. We paused for a bit, but continued soon as the guide told us that we were already close to the school. I may never understand why they put the school on top of the hill, but that school may have one of the best views in the country.

The rolling hills dominated the view, while down below the sea was alive. While resting, we took in this stunning piece of land that only a few people ventured going to. As we continued our trek, we met only one group, which reminded us how unpopular this island was with tourists. We walked along paddies, and made our way across rocky paths, and we were finally on the other end of the island. Unfortunately, the tide had already risen, making it impossible for us to get to the islet on foot.

We then undertook the task of climbing the cliff just off the shore. It was tricky to get on top as we were foolish enough not to see the marked path. Down below, the waves continued its losing battle as it crashed against the cliff. The islet looked plain compared to the small cove standing opposite it. After snapping a few shots on top of the precarious cliff, we got back down to the cove and made our way back to the nipa huts.

Lunch was ready by the time we got back. We just had to pay the locals to cook the meat and the fish we got from the market earlier, and presto, food was served! We bid Malalison goodbye early in the afternoon and headed to our next destination, Tibiao.