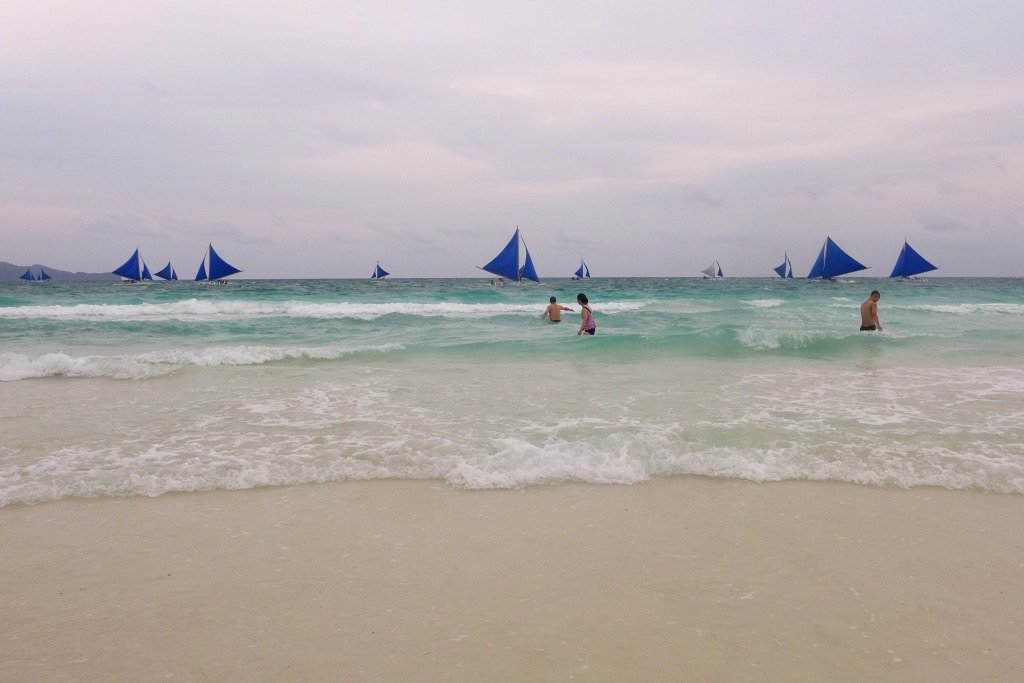 Let me be honest, I can turn a blind eye on being scammed on a foreign place, but not in my own country. It feels so wrong to be taken advantage of by a fellow Filipino. But it happens.

Such was the case that made my Boracay visit bittersweet. It was a world-class destination, but it has its own ugliness. The reeking smell of sewage on its main highway, its own share of traffic and a few wet roads (probably due to sewage clogs) were just some of the town’s problems, but could easily be overlooked by an ordinary traveler.

Yet, what I have come to abhor were these activities operators that simply take advantage of every visitor. (Oh, they were of the same breed as those in Balicasag Island in Panglao.) Here were our experiences:

Our attempts on an ATV ride

On our first day in Boracay, we wanted to ride an ATV to get to Mt. Luho Viewpoint. A friend contacted a tour guide, who fetched us from the hotel and brought us to Zetro ATV and Buggy Rides. After a short briefing, we paid the fee of P300 per head and were asked to wait for the next batch of ATVs.

Time dragged on as we waited for our vehicles. Our guide offered the buggies, but we wanted to have one vehicle per person, which they would not allow. It was only upon the arrival of the group that was the first in line (when we were third and the second group in line hadn’t gone yet) that we realized that the company did not have enough ATVs. Worse, they didn’t even have the decency to inform us that it would take such a long time before we had our turn. As the sun was already beginning to set, we asked for a refund and left. How annoying to have wasted our precious time!

Still, we went back the next day hoping to get another shot at riding the ATV. We didn’t contact the guide anymore since going back to Zetro was decided on a whim. Surprise! The fee just got higher. I have no idea how their pricing mechanism worked, but it simply sucked. Needless to say, we just left.

By the way, if you still plan to ride the ATV, know that the muddy trail is closed (it has been like that for years!), and riders have to go via the paved highway, which really defeats riding an ATV, right?

The search for paraw boats

Riding the paraw looked so relaxing, and it honestly was. However, we experienced so much stress before getting aboard one. First, we walked along White Beach hoping to get a price that matched the one my friends got in Bulabog Beach earlier that day (P1500 for 10 adults and a kid). We tried hard, but as we reached the end of the boats along the shore, we decided to just ride it in Bulabog Beach.

But lo and behold, we were to fit in just one boat, according to the Bulabog Beach paraw operator. That small outrigger boat could fit us all? Hell no. I wouldn’t risk safety for a few hundred pesos. Irritated that we are being cheated, we went back to White Beach to find a more decent operator.

Since our group split up, we found two different operators. Our last bid was P1800, and it was up to them who was willing to service us with two boats. One took the bait and we were told to wait for the boat.

Apparently, while we were waiting for the boat, he was looking for a few more heads to share our rides with. Luckily, he didn’t find one. But wait! He starts asking us to increase our payment, even if we already agreed on the price. He tried twice, but we shut him down. At that point, I was willing to forego the paraw ride already. It’s too much stress, too much hassle for this vacation. In the end, the boats arrived and we got onboard.

Of course, they shortened the ride (15 minutes instead of 30), which tells you what kind of people you’re dealing with.

So if I ever go back to Boracay (I still think I will), I would just lay down the beach and forget all these activities that drove me mad. I could only wish that the local tourism office could do something about this, but I know better: do not to expect anything.

Fellow travelers, don’t be fooled. Know your money’s worth and don’t fall into these tourist traps. Here’s to hoping that you enjoy a stress-free time in Boracay! =)