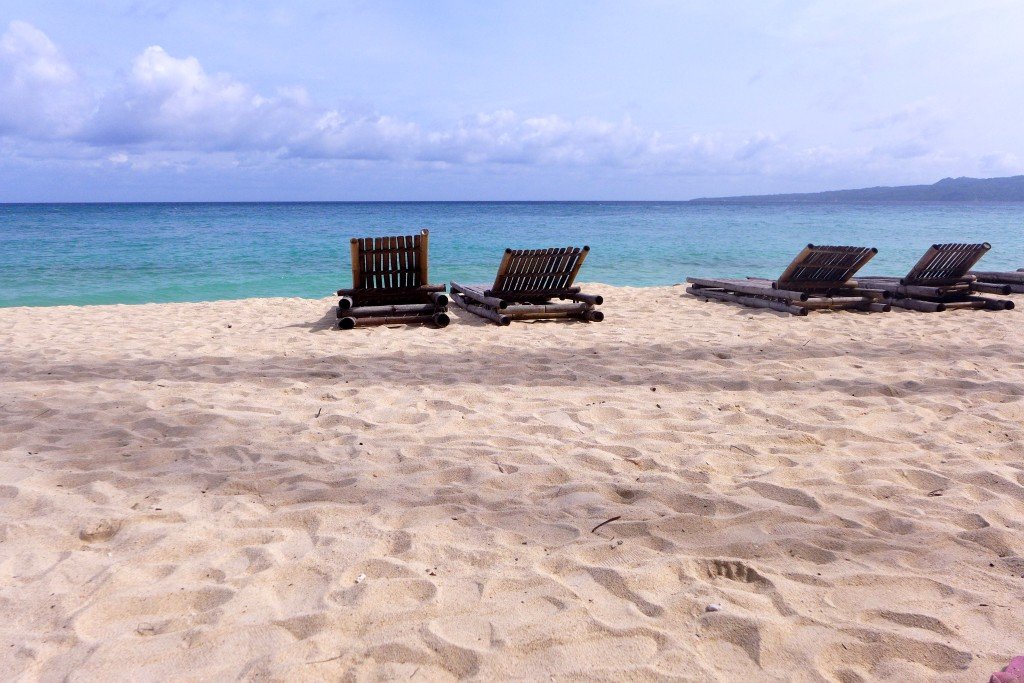 There’s something about Puka Beach that conjures images of sheer relaxation. It is after all, Boracay’s best known secret, an alternative to the crowded White Beach.

We hailed a tricycle to bring us to Puka Beach. The ride was long, yet it allowed us to see the depths and slopes of Boracay Island. We traveled along the busy main highway, where traffic was surprisingly rampant as roads were being reconstructed. Korean shops (seriously it’s like little Korea) occupied much of the street where we took a detour. We passed by the luxurious hotels of Station 1, a few dive shops and restaurants, the secluded resorts perched on hilltops. After many twists and turns, and ups and downs, we finally reached Puka Beach.

A big welcome sign stood by the entrance, decorated with rocks, twigs and shells. The sand was white and the waters were equally radiant in varying shades of blue. An early group played volleyball by the beach. Local children swam in the shallow waters. A couple walked closely as they strolled along the shore. Afar, a sandbar stood where a handful were taking their photos.

Coconut trees dotted the shore and forested hills served as its backdrop. Wooden lounges, some with shades hovering above your head, were available for rent at P100 each. A coconut could be had for P50 or P100, depending on the size. Boracay is surely pricey, but thankfully the beach was free.

This was where nothing could be done except to laze around the beach. We went into the water, which had unpleasant rocks on its bed. We jumped as waves rolled to the shore, enjoying thoroughly as though we were in a giant wave pool. The waves kept getting stronger as the sun went up.

The sandbar at the far end was slowly being engulfed by the waters seeping through as the tides rose. A giant puddle of water could now be seen, where lots of kids and kids at heart trampled their feet on. It’s a giant kiddie pool created by nature.

As the morning progressed, more visitors started arriving. Each group took their own spot along the shore. Two Asian tourists practiced their dance routine by the shore. Some chose to bathe in the sun. A few brought lunch to hold a picnic by the beach. For us, it was time to leave.

To be honest, Puka Beach kept its promise: there were definitely less people here than White Beach. It was good, but it’s not the best. It failed on one quality that Boracay is famous for: the powdery white sand. If only it had the same fine grain of sand, it would have won my heart. So, crowded though the White Beach might be, I still think that it’s the best beach Boracay has to offer.

Sorry, Puka Beach, I could cheat White Beach with you once in a while, but I would always love its fine sand. As they say, you can never have it all…at once.

How to get there:

Hail an electric tricycle for P250 one-way, good for 10 people. A tricycle terminal stood by the entrance, so you could easily hop into one on your way back to town. P150 one-way on your ride back, which was good for 5 people.