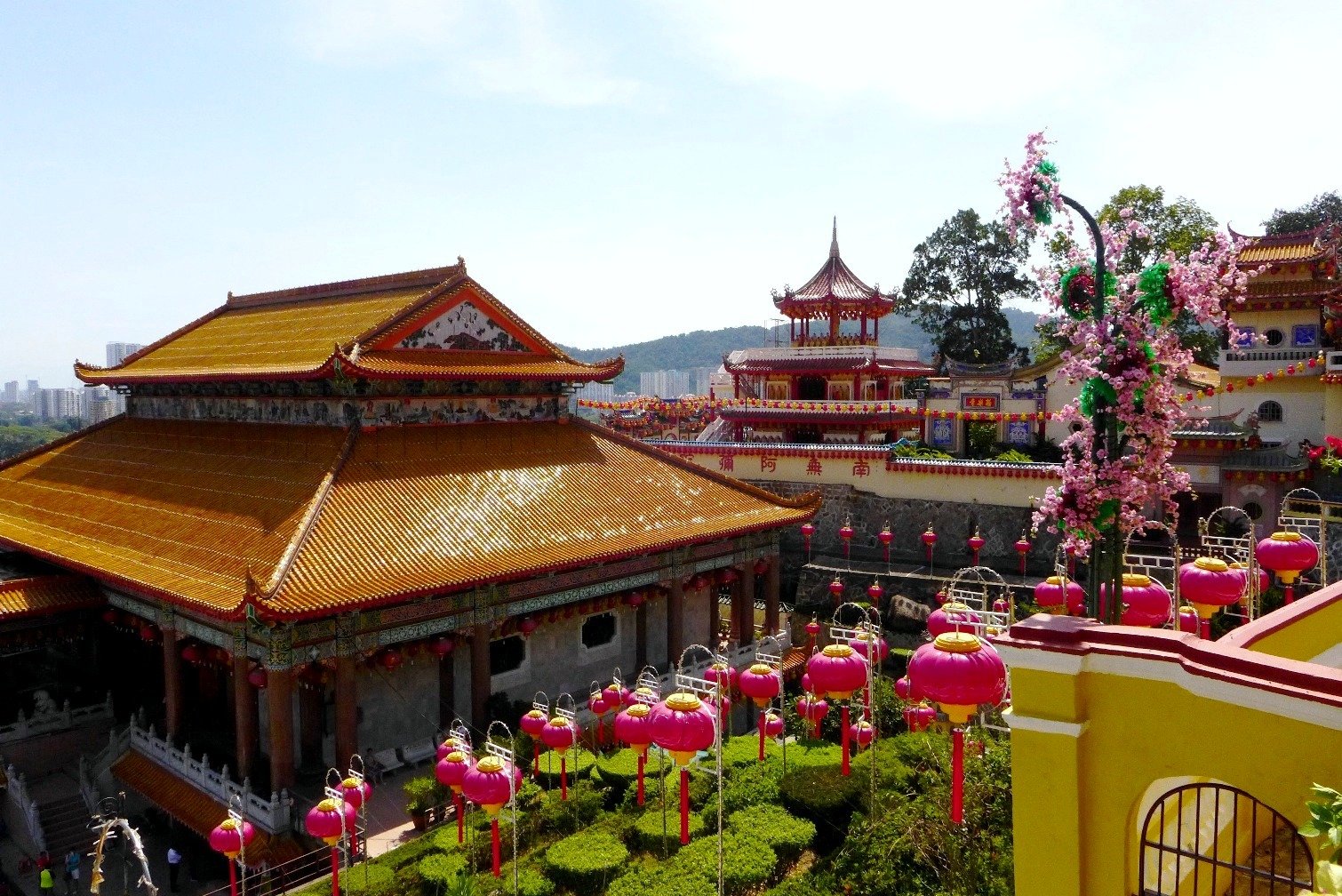 Our hotel, though a bit away from Georgetown’s Armenian Street (two kilometers in Penang’s heat was too much to bear), was a short hop from the Komtar Bus Station. The station was busy for a laid-back Penang, but was very organized. A screen showed when and which bus approaching the platform, something that I could only wish to be replicated in Manila.

We boarded Bus 204, which was headed to Penang Hill. It wasn’t our destination, but it would pass by Kek Lok Si Temple, a temple complex located in Air Itam. Along the way, we saw several Hindu and Buddhist temples, a few busy markets, residential properties, schools and the State Mosque. The driver was kind enough to drop us off at the corner nearest to the passageway to Kek Lok Si Temple — no landmarks, except for rows and rows of souvenir shops.

It was early, though, and not a lot of stores were open. Nonetheless, it was easy to follow the path and signs towards Kek Lok Si Temple. The Liberation Pond was in a pitiful condition, but it was the largest collection of turtles I’ve seen. Just as we were about to finally enter the Kek Lok Si, a humongous flock of Indian graduate students arrived, making us stop to let the the tour group go first for us to enjoy the temple with less crowd later on.

A pocket garden welcomed us, with a towering pagoda at the center. From here, you could catch a glimpse of the temple’s massive area. A giant temple building stood just behind us, and another pagoda was situated on top of the hill in front of us. We took the stairs tucked behind the altar and made our way to the temple on the next level. 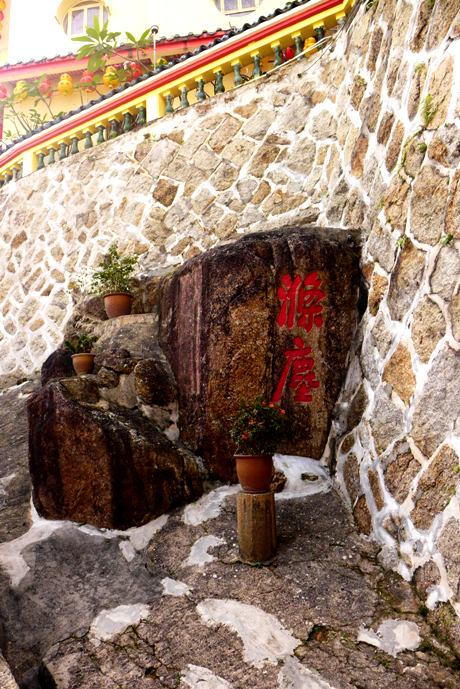 Buddha statues occupied the walls surrounding the temple building. Inside, staff were busy dressing a bigger Buddha statue for a more festive look. We proceeded into an alley that led to another temple, where more preparations were done for the Chinese New Year. Three incense pots were being polished to golden perfection. Ribbons and candles were sold as offerings.

Following the signs led us to the jump-off point of the funicular leading to the giant statue above. After a short wait, we were on our way up the short but steep slope. The exit opened to a wide parking lot that also served a a giant balcony that overlooked Penang. Extensive preparations were underway; workers were creating a stage at the foot of the statue and were suspending hundreds of red and yellow lanterns in the air.

The Kuan Yin Statue was an impressive 30-meter bronze statue, but was shamefully covered by a pavilion. Part of the older statue still stood above the souvenir shop, but only the head was protruding, making it appear so awkward. The sun was scorching hot at this point (it wasn’t even 11 am!), hence we made our way back down.

As we were about to call it quits, I was enticed by the red and yellow lanterns adorning the pagoda on another hill. There’s a RM 2 entrance fee, a very small price to pay for such an amazing place. The hall housing another altar was grander than any of those I had seen in Kek Lok Si Temple, and could accommodate so much more people. Potted flowers were on their way to decorate the lot, and workers were busy putting up lights for the daily light up sessions at night.

The pagoda and the building behind it was neutrally colored, but showed some Mughal influences in its beautiful arches. A vegetable garden was maintained where some kind of squash was growing. In a corner, a small structure housed hundreds of tiny Buddha statues. Once we looked outside, we saw how huge this temple complex really was (but the Kuan Yin statue was nowhere in our line of sight). No wonder it’s touted as one of Southeast Asia’s biggest temples.

We headed back down, grabbed some lunch and rode the bus (anything headed to Komtar was fine) back to Georgetown. Back to exploring Georgetown!

P.S. Penang has a great bus system, but if you’re not up for it, a taxi ride to Kek Lok Si would cost RM 30 per way.

P.P.S. Allot at least half a day to explore Kek Lok Si. It took us about 30 minutes in a bus each way, and 3 hours discovering every nook and cranny of the temple complex.