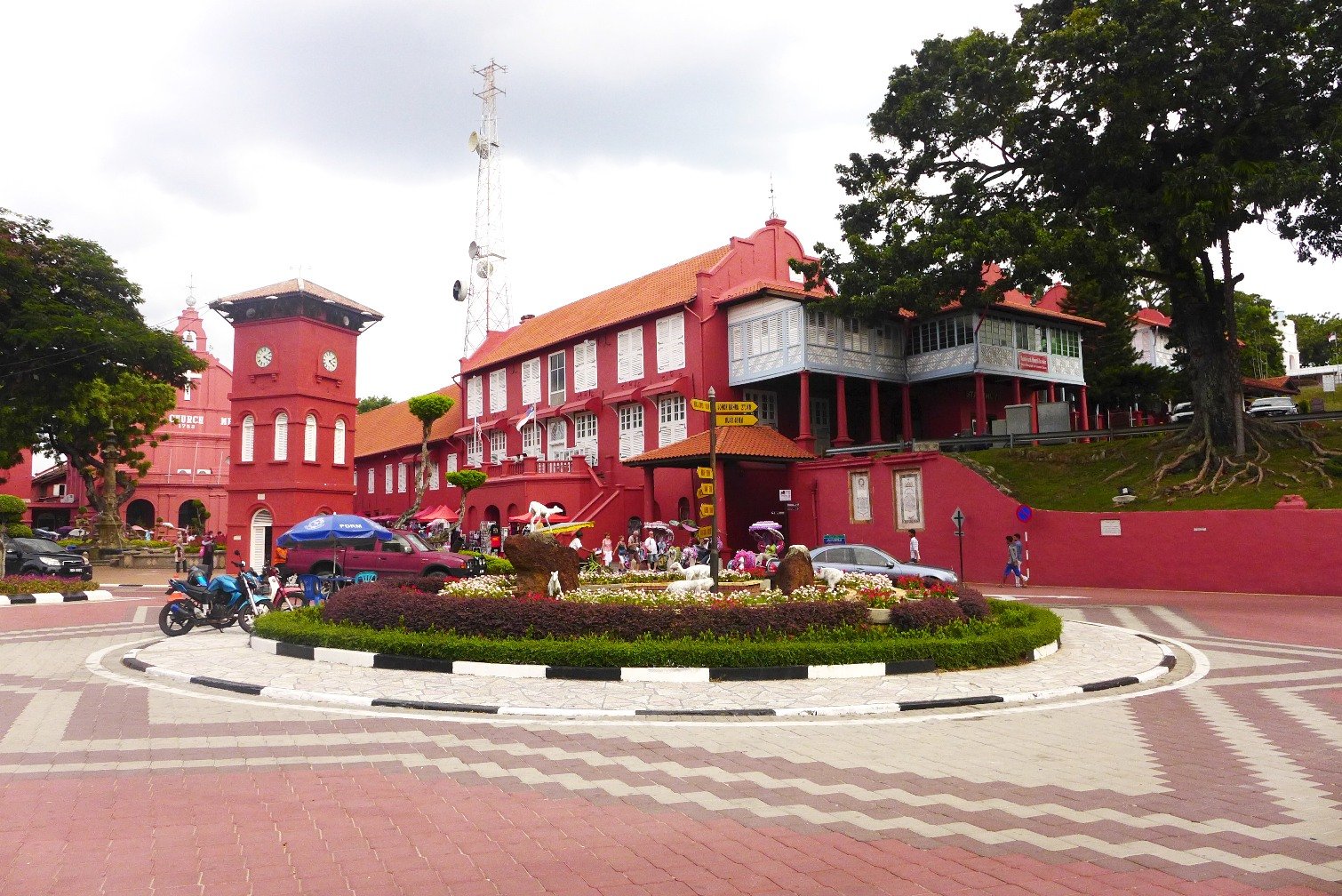 In an ideal scenario, Melaka and Penang should be done in separate trips, knowing how geographically opposite they are. But, we were greedy; we wanted both in one so we tightly squeezed them into our schedule.

From Penang to Melaka

We didn’t want to travel all the way by bus. Eight hours without a toilet on board wasn’t exactly our idea of a night journey, and we wanted to get a good night’s sleep to explore Melaka the following day. We therefore booked the earliest possible flight from Penang to KL, and hoped that it would be better than the grueling eights hours on the road.

We arrived in KL right on time, but the earliest bus departure by the time we got to the kiosk was at 9:30. The Transnasional bus arrived a little later than expected, which further delayed our departure. The driver was miserably driving, using the gas-brake-gas-brake approach that made me feel more motion sick than expected. Nonetheless, I slept half of the way, but was occasionally checking on my tablet where we were. An hour and a quarter into the journey, I knew we were close to Melaka. So close, that the bus driver suddenly made a left turn for the exit. We then made our way past the A Famosa Shopping Outlet, then into the A Famosa Resort. I was excited to see these places without intentionally doing so, but was later dismayed by the delay it caused us.

Instead of taking a local road (local roads are far more entertaining to me than the highway), the bus driver decided to head back to the highway and continued until the nearest exit. We finally arrived in Melaka Sentral at noon.

With our stomachs full, Melaka here we come!

Just one turn from our hotel, the red buildings soon appeared into view. The road was marked with the famous diamond tiles, marking that this was a heritage site. We walked along the shophouses, but were instantly put off by the scrambling traffic at noon. There never was a chance to grab a pretty photo of these historical buildings as vehicles heavily plied through these streets. Worse, buses that catered to day trippers from KL blocked the view entirely.

But there we were, amidst the scorching hot sun, in the middle of Dutch Square. A vintage fountain stood in the middle of the park, while more red buildings enveloped this small, manicured square. The Stadhuys stood above a small hill, as if signifying its mighty importance. Unfortunately, the Christ Church was closed for viewing, but there were plenty to see in the outdoors. Several trishaws, adorned with stuffed toys and lights, were waiting for passengers. A few street entertainers were getting ready for action. Vendors were adamantly offering souvenir items. Tourists were busy snapping photos of this postcard destination.

After getting our fair share of snapshots and sun tan, we walked across the bridge and headed to Jonker Street. The Melaka River was serene on this hot day, but was exuding an unpleasant smell. It would have been quite a picturesque scene, except for the rather large Hard Rock Cafe logo photobombing everyone’s composition. We passed by Kedai Kopi Chung Wah, a famous chicken and rice ball restaurant, which was brimming with diners. Continuing onto Jonker Street, coffee shops, restaurants and souvenir shops occupied most of the heritage shop houses. On this day, however, a lot of the shops were closed, thereby allowing us to focus more on seeing Melaka’s heritage architecture.

Finding the sun too much to bear, we found our way towards Baba Nyonya Heritage Museum, Melaka’s version of Pinang Peranakan Mansion. Photos were not allowed, but you were provided with a knowledgeable guide. It was interesting to listen to Melaka’s straits settlement history, and somehow compare it to that I learned in Penang. After an hour of being escorted from one room to another, we were finally on our way back to the hotel.

The day had yet to end — luckily, our hotel was close to Capitol Satay Celup. This unique dining experience was a class of its own. Get some raw skewered meat or seafood and cook it in the pot full of peanut sauce at your table and eat. Bread was served to be eaten along side your satay. Beer would’ve been a good accompaniment, but as I don’t drink beer, softdrinks it was for me then. I particularly loved the ox tripe in that nutty and spicy sauce. At the end of our meal, the lady counted how many sticks we ate and charged us appropriately. It was a dining experience worth undertaking, especially for a first timer.

Before calling it a night, we dropped by the riverside to see the night scene. It was peaceful still, but only locals flocked the area. A lot of restaurants along the way were buzzing with patrons, mostly filled with foreigners. Decorated trishaws, now bright with lights, were peddling the streets. Melaka was alive at night.

Tomorrow is another day.