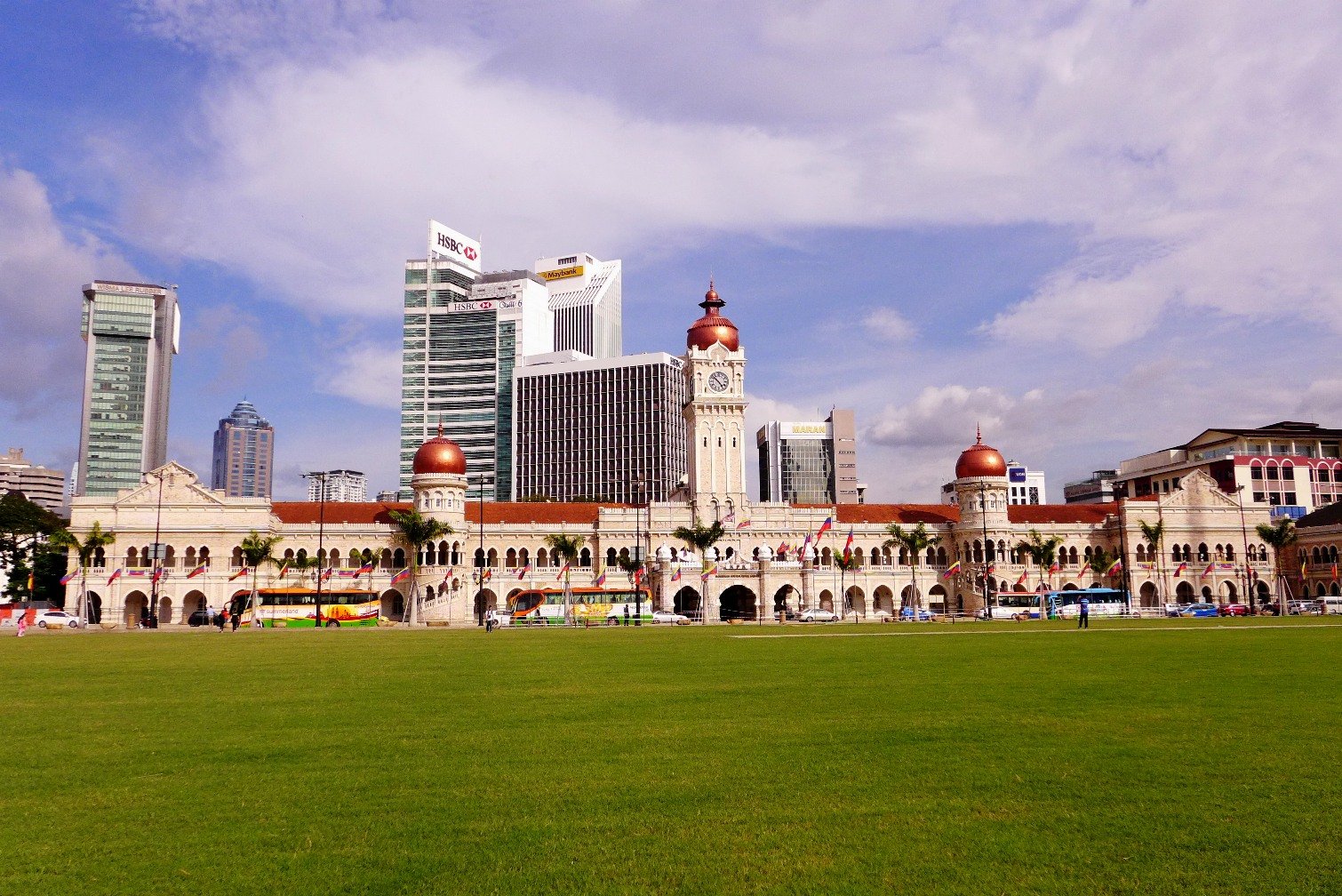 Our trip to KL was pretty uneventful. The ride was smooth; that Delima bus was awesome. But by the time we pulled into the city’s tollgate, raindrops appeared on my window. Uh-oh.

This was not how I envisioned ending our trip in Malaysia. A rainy KL wasn’t new to me, but we had Aquaria KLCC before. We still had eight hours to spare before our flight back to Manila, and I didn’t want to spend the time indoors.

Luckily, the rain stopped just before we arrived at the fairly new TBS Bus Terminal. From the outside, it was huge and modern and very much unlike any bus terminal. The bus dropped us off at the designated area, where passengers could only go one way: up to the main lobby. [Note: travel light. I didn’t see any elevators, but there was one escalator for every bus bay.] But I was more impressed inside.

At first, I wasn’t too keen on their bus terminal. It was crowded (for a good reason), and the bathroom reeked of a foul smell. But then we got to their main hall, and I thought I was at an airport. A huge screen was showing the bus destinations and their corresponding schedules. Directly below it, ticket agents were available to help you. How organized!

But we had our backpacks still with us, so we headed to the lockers. These were one-use self-operational lockers but were less user-friendly than those in Japan. From TBS, we took the subway to Masjid Jamek, the station closest to one of my favorite spots in KL, Dataran Merdeka. This is Malaysia’s Independence Square, the home of the tallest flagpole in the world. But what constantly amazes me was the beautiful colonial buildings bordering the vast green lawn.

It was still cloudy when we got there, but little by little, the clouds gave in and made way for the blue sky to appear. The colonial buildings had their own charm, even if modern skyscrapers hovered behind them. On a certain vantage point, you’d see the Sultan Abdul Samad building, KL Tower and the Petronas Twin Towers. This was KL – a mix of the old and the new – giving value to their heritage even when progress was evident.

Done with the first of my two must-visit places in KL, it was time to see the next one: Petronas Twin Towers. Unable to hail a cab, we walked back towards the train station, passing through a new route this time. Construction of a boardwalk along Klang River was ongoing, called the River of Life Project, and you could only expect how much the area would soon become a bustling hotspot. The rush hour had begun, and a number of office workers were on their way to the train station. As I spotted a few Malaysian women, it suddenly dawned on me how beautiful their traditional wear is — the printed long skirt and long-sleeved top swayed beautifully as they walked along the pavement.

Shortly after arriving in Suria KLCC, the mall just below Petronas Twin Towers, we headed straight to the Signatures Food Court. I only had two treats in mind: some curry and roti and a cup of coffee. I cannot remember the name of the stall, but that Indian space had some great lamb curry. My mom equally liked her biryani. We had cups of good Old Town Coffee, before heading to KLCC Park.

Outside, a humongous lantern structure was erected to celebrate the Year of the Monkey. Folks were waiting for the fountain show at the park. The Petronas towers were beginning to light up, yet the sky wasn’t dark enough to showcase its beauty. We walked across the park to get a good spot to view the twin buildings and waited for sundown. Because really, Petronas at night was majestic.

From KLCC, we headed back to TBS, claimed our bags, and bought bus tickets for KLIA 2. If you’re short on time, you could hop on the KLIA Transit, which would take you to the airport with a shorter commute time. Unfortunately, their rates had gone up so it was more logical for us to take the bus (one train ticket was almost equal to four bus tickets).

I could not help but feel bad at how far behind Manila is relative to KL’s progress. Their bus terminal is more organized than our airport. Maybe Filipino government officials should travel abroad using just public transport, so they can replicate what our Asian neighbors do.

We arrived in KLIA 2 with enough time to squeeze a snack of kaya toast and coffee from Old Town. Indeed, it was a great trip to Malaysia!

Until next time…happy travels! =)