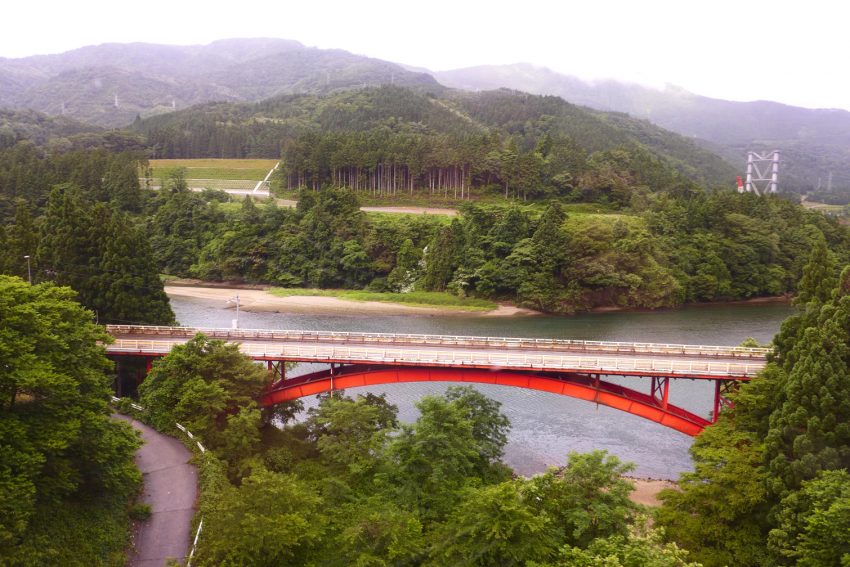 Next up on our itinerary was to travel from Kanazawa to Takayama. Two segments were involved: a bullet train to Toyama and a scenic train from Toyama to Takayama. Though it was not my first time riding the shinkansen, this was the Hokuriku line, a departure from the now-familiar Sanyo shinkansen. Some trains had reserved seating only, which meant intervals of trains with non-reserved seating just got longer. We hopped on the first available train, so we could safely make the connection in Toyama.

The station in Toyama was so much smaller than the one in Kanazawa. It was also undergoing some construction work at that time, severely limiting our plans to go around the station to see if there was anything to explore. For the most part, we settled on a bench near the ticket gates, where we watched people go by. You see, it’s a major plus for smaller stations: you get to people watch without being a nuisance to hurrying passengers. At around 4pm, hikers from the Tateyama-Kurobe Alpine Route began flocking in, donned in their jackets, hats, athletic shoes and hiking poles. Local Japanese people, mostly salarymen in their suits and students in their uniform, were also part of the comers and goers.

Under a covered path, we walked out of the station for a short while to just see what Toyama was like. It was a lot more modern than I was expecting. Towering hotels surrounded the station and trams were plying through the city streets. It’s a shame we couldn’t explore, but I truly hope that someday we’ll get the chance to.

We caught the last journey of the Hida Wide View Limited Express to Takayama. It was said to be one of the more scenic rail trips in Japan, and I was keen on getting the experience. Even just a few minutes after the train pulled out of the station, the residential area began to emerge with the Japanese Alps as its backdrop. In late June, most of the snow caps had already melted, but a few white streaks remained. For someone coming from a tropical country, the sight still excited me. The fields also looked very lush with all the planted rice growing.

Soon, the train began snaking through the Jinzu River, offering sights of dams, gorges and bridges. It was a scene that brought me back to the California Zephyr as it moved along Donner Lake or even as it followed the Colorado River. The Japanese vista might not be as pristine as that, but it offered a few glimpses of local life. Engineering feats were a sight to behold, especially as one bridge looked futuristic, while others took on the more traditional red color. Houses could be seen interspersed in the landscape, as pine trees grew in number. Agricultural equipment were evident everywhere, a sign that we truly were in a more rural area of the country.

It was getting dark, and admittedly, it was getting difficult to take photos that would remind me of the journey. I still couldn’t peel my eyes off the huge windows, until droplets began hitting the glass. A few minutes shy of our destination, it began raining. Takayama welcomed us with darkness and a heavy downpour. Good thing our hotel was just opposite the station.

More on our Takayama experience next time. Happy (virtual) travels!