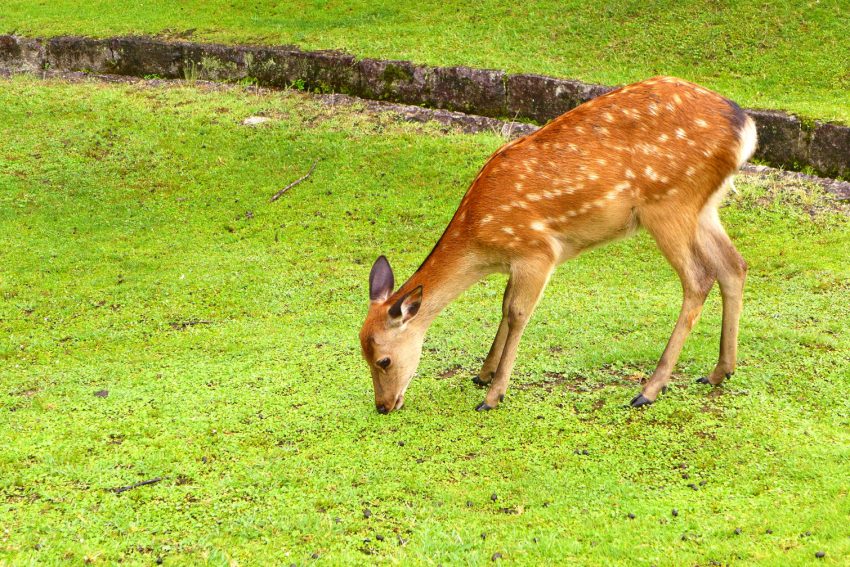 While our 8-day trip to Japan was certainly longer than the average time we spend in Asian cities, it still left us sad as we said our goodbye. Japan has captured my heart even on our first trip here. This second visit only fortified that love, so much so that we decided to apply for a multiple-entry visa so that we could visit more frequently in the future.

On this trip, we revisited a lot of places for the sake of my brother, who had never stepped foot in Japan before. Here are my biggest take-aways from this trip:

Early summer can be a great time to travel

I say this having experienced the beginning of the cherry blossom season. Don’t get me wrong, this early spring period is one of the most beautiful times to visit Kyoto, but the fellow tourists could also be overwhelming. Most destinations are packed, accommodation fees are exorbitantly priced and public transport is crowded. Sometimes it’s just more difficult to appreciate a beautiful place when there’s too many people around.

We went in late June, and the rains were coming and going towards the end of our stay. It wasn’t massively pouring, except for that day in Nara, so it was manageable most of the time (plus you get to buy that ubiquitous Japanese transparent umbrella!) Perhaps this comes from somebody hailing from Southeast Asia, where the rainy season meant entire days of downpour. I would assume that a late May to mid June trip would be better, so long as there’s not too much rain and not too many people.

I loved lushness of that most places exuded, from the fields as I looked out the train window to the plants and shrubs decorating the storefronts of Takayama’s Sanmachi Suji. Even Arashiyama’s bamboo grove seemed greener, and the moss garden behind Tenryu-ji was impressive too.

Of course, there were destinations in the region that were less than ideal to visit during our side trip. Kenroku-en in Kanazawa wasn’t as full with colors as it would have been in autumn or spring. Shirakawa-go didn’t have the snowy landscape so picturesque in winter, but the upside was that the rice paddies were lush and we were able to walk around the village.

Central Japan was beautiful too

Long before I had the opportunity to visit Japan, I knew I wanted to visit Kyoto a lot more than Tokyo. I was interested in its rich and cultural history, so I had always concentrated our travels towards this city and the Kansai region. It wasn’t until I came across a photo of the village of Shirakawa-go that enticed me to go to Central Japan which was later extended to a two-day affair. Shirakawa-go’s gassho-zukuri houses were one of a kind, and walking around the village was truly memorable. Its neighboring town of Takayama had its famous Sanmachi Suji shopping street, which was also very pretty. Even Kanazawa boasted its teahouse district, which was also marvelous too look at, and I could only wish to find more of these kinds of cultural gems.

But to restrict Central Japan’s attractiveness to just its cultural and historical significance would be a shame. I don’t know if summer added to the beauty of travelling to the region, but I was surprised by the beauty that surrounded me. As I looked out the window of the train, most rice fields were lush with the new planting season. A smidgen of snow was still visible atop the range of the Japanese Alps. The Miyagawa River was rushing with waters from the melted snow and the summer rains. Even the bus ride from Takayama to Shirakawa-go was scenic, and this natural beauty is one of the most underrated things to do in Japan. Even if our time was limited, sparing those two days to the region was well worth it, as it opened my eyes to the possibility of exploring it further someday. I honestly don’t know how I missed out on it earlier, but now that I’ve learned about its majestic landscapes, I couldn’t wait to go back.

One of the biggest lessons I learned on our first trip was that the castle, temples and historic streets actually get pretty crowded as the morning wore. I wasn’t willing to go through that again, so I urged my family to get up earlier so we could be at certain places by 8am. Kiyomizu-dera was peaceful when we got there, and we even had time to explore Sannenzaka and Ninenzaka before that. Fushimi Inari was also almost devoid of visitors, and we even witnessed a short prayer by a Shinto priest. Arashiyama’s Bamboo Grove had more people than I expected, but it was nothing compared to the crowds I saw on the internet.

Arashiyama and Nara both deserved a day each

Though I did not put these two destinations in just one day, I only allotted half a day for each of them. That was a big mistake, especially for Nara, where it took an hour to get there from Kyoto each way. Todaiji’s main hall wasn’t too massive to explore, but we missed out on other buildings in the complex. We also failed to see other shrines and temples in the area, as well as the famous mochi makers in the town center.

I also didn’t allocate much time for Arashiyama, because I initially thought we’d only visit the bamboo grove and do a quick pass through of Tenryu-ji. We were struck by the garden’s beauty though, and we could only wish we had more time to spend there. We also didn’t get to stroll around the main street, or to even walk by the river. I guess I’ll have to go back someday, hopefully during autumn, as the mountains look lovely in photos.

Japanese buses could be an alternative mode of travel

Sure, it’s difficult not to be lured into riding trains for the entirety of your Japanese trip, and I had this great bias towards riding the train over the buses. It wasn’t until our bus ride to Shirakawa-go that I realized that Japanese buses are a class of their own–the smoothness of the ride was just unbeatable. As someone who easily gets motion-sick, I shrugged taking buses off as it might trigger an unpleasant experience. But this was different: I could hardly feel the bus moving, and the ride was certainly better than some trains we took in Central Japan. I have now become more open to taking buses in Japan, especially in areas where trains are limited.

The Japan rail pass gets more than its fair share of fame, but the lesser-known regional rail passes are worth a look too. If you’re coming from around Asia like us, where the likelihood of visiting Japan again in the future is high, regional rail passes might be a better option. In our case, the Japan rail pass alone would have been more expensive than our airfare, so cost-wise, it wouldn’t make sense to travel around the country than to stay in one region. Since we were visiting a bit of Central Japan along with Kansai region, we could either get the JR Central’s Takayama-Hokuriku Area Tourist Pass or JR West’s Kansai Hokuriku Area Pass, but both would have to be supplemented with individual tickets to get to all the places we wanted to go. The JR Central option would have been cheaper, as it would cover some buses in Central Japan, but booking bus seats online was not possible with this pass. In addition, my brother wanted to ride the fastest bullet train, the shinkansen nozomi, which was only possible if we booked the JR West regional rail pass. In the end, we went with the Kansai Hokuriku Area Pass, and supplemented it with two bus tickets and a Hida Wide View Limited Express train ticket. This way we were able to get on the best trains on the routes we took, and still saved some money for choosing an area pass over the Japan rail pass.

Not all Wagyu are created equal

I should’ve known that not all Japanese beef were created equal the moment I came across the Wagyu Olympics and the different grading of each wagyu. However, it took me by surprise to actually realize this fact. I had never enjoyed a wagyu meal before this trip, and to have it twice on this journey was something to be grateful for. I honestly expected a lot from our Kobe beef lunch, since it’s such a famous kind of wagyu, but I was a bit underwhelmed. I don’t know if we picked the wrong restaurant, or because it was A4, or because it was done teppanyaki style, but it didn’t capture my heart as I hoped it would.

It was the Hida beef that made me appreciate the flavor and the tenderness of the meat. Never had I eaten such glorious beef in my life, and I know that it would be the standard at which I would compare all beef in the future…until I meet something that surpasses it. It didn’t hurt that it was cheaper too. I could only wish I could sample more of wagyu in the future, like Matsuzaka beef or Kagoshima beef.

Kaiseki meals can be an affordable luxury

Of all food experiences in Japan, kaiseki meals are one of those I was willing to forego. They are expensive, or I thought they were. It turned out there were more affordable options, which may not be as traditional as the others, but it was truly one of those experiences that changed my Japan travel. Each dish came as a surprise as one wouldn’t know what flavors and textures would come next. The beautiful plating was done right in front of me, which added a theatrical element to the meal. The bar seating also allowed us to interact with the chef, which was also something I’d never experienced before. I could only wish I could have more kaiseki meals in the future…and I hope to have one every time I visit Japan.

I say this having experienced traveling in Japan with zero Japanese except arigatou, then becoming a beginner learner in the Japanese language. Most Japanese people are helpful even without you knowing their language, but they become extra friendly when you know a word or two. I enjoyed the small interactions I had with the locals, or even the looks of surprise when I blurted out a Japanese phrases. There’s also a certain joy in being able to read some words plastered all over town, or to listen to the announcements on the train while understanding (a bit of) them. Knowing a bit of Japanese added to the entire experience; it’s been an inspiration to study Japanese more, even if sometimes it’s proving difficult to learn.

That’s it for our second Japan trip. I could only wish to travel back to the country again. Until the next adventure, happy (virtual) travels!