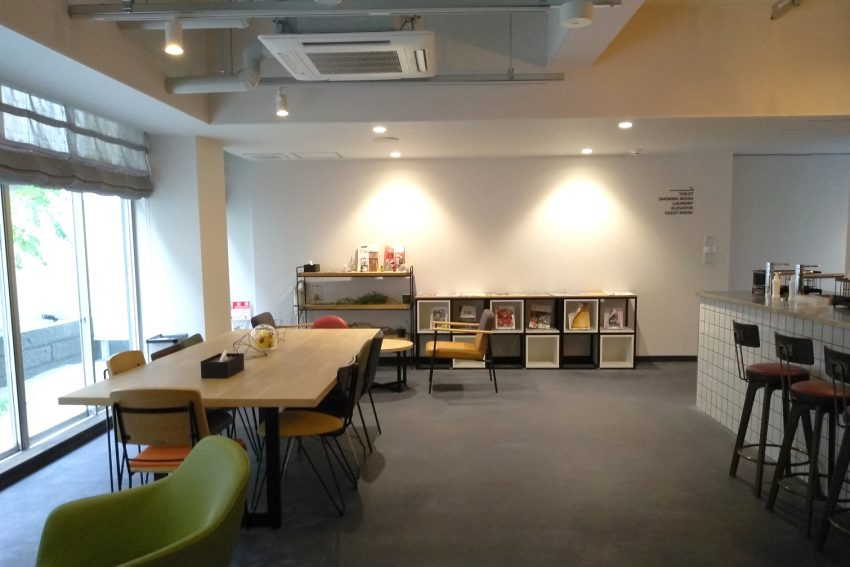 Traveling to Japan isn’t exactly cheap, especially comparing it to other Asian countries. Sure, the airfare from Manila was very affordable, yet accommodations were the opposite. Based from our prior experience, I needed a budget of around USD 50 per person per night, to make room for all the things we wanted. Initially, I was bent on staying in a budget hotel. It fitted our budget and it was practical. The drawback was that the hotel I was eyeing was not in the best of locations. In Kyoto, I knew that my ideal locations to stay in were near Gion (for the atmosphere), Kawaramachi or downtown Kyoto (for shopping and restaurants) or around Kyoto Station (for accessibility). I had to weigh what we wanted to do again in Japan again, and upon considering that we were also exploring other cities in the Kansai region, the practical side of me won. Staying near Kyoto Station meant saving thirty minutes one-way every time we were getting out of Kyoto. It also meant having access to multiple bus lines, since most buses pass by the station. (In Kyoto, buses were the best and cheapest way to get around.)

But staying around Kyoto Station almost meant pricey accommodation. To my surprise, one stuck out as having the perfect balance: a very reasonable (even cheap in Japan standards) price while not being too far from the station. It was 600 meters away, so I wasn’t sure whether it would bide well with my parents as walking distance, but I was confident that we could simply get a taxi from the station should it be too difficult for them to walk.

It was an unmanned hotel. My only staff interaction was getting the access card from an office just across the station, where we also had to pay our accommodation taxes in cash through a vending machine. The accommodation’s main office had limited hours, which made me quite anxious in getting there before their office hours were over. Luckily, we made it on time. We then walked from the office to the property, and we were pleasantly surprised. Even just a few hundred meters away from the station, the atmosphere had become a lot quieter. The sidewalk was wide enough although uneven. And fortunately, my parents didn’t find the walk too far nor too difficult.

Tucked in a quiet street, the property had been clearly remodeled. It was a bit modern, but still retained touches of Japanese culture. A small zen garden could be viewed from the lounge. There’s a kitchen by the lobby for everyone to use, and laundry facilities were also available.

Upon reaching our destined floor, the hallway had windows overlooking the city. A temple, which I later found to be Higashi Honganji, could be seen in the short distance. But a better view was waiting for us inside the room. The entry to the room was relatively spacious. We had some place to put our suitcases, though we only had two medium-sized ones in tow.  Two queen-sized beds were waiting, as expected. The real surprise was a view of the Kyoto Tower, which I couldn’t get my eyes off over the course of our stay. The bathroom made this room a real treat, as it was reflective of a typical Japanese bathroom where the toilet, the wash basin and the shower were separate. (The toilet had its own sink, but there was also a vanity area with a different wash basin.) It allowed us to efficiently get ready for the day ahead or to refresh before heading to bed. The bathroom was the main difference between a Standard Quad and a Superior Quad, and the separate elements of the bathroom were all worth the extra cost.

The illuminated Kyoto Tower shone upon nightfall. In the morning, we discovered that a Japanese electric kettle that was the quietest we’d ever encountered. It was by the brand Zojirushi.

As a budget accommodation, an everyday room refresh was not included, which we didn’t mind. The TV only had Japanese local stations, but we were already too exhausted at the end of the day to even turn the TV on. There was a balcony but it was not accessible. We also had to bring out the garbage and recyclables to a common dumpster in the building, which was something that we also experienced in other accommodations in the UK.

Over the next few days, we realized how fantastic our choice was. There’s bus stop just 70 meters away, though more buses plied through the stop 200 meters farther. Taxis were available everywhere, and the station was a short five-minute walk away. There’s even an underground pathway from the station whose final exit was very close to the hotel. As expected of Japan, convenience stores were everywhere and so were vending machines.

For our checkout, we simply had to drop the access card in the box provided by the exit. It was bittersweet to say goodbye, but I take refuge in knowing I had found the one in Kyoto. Without this hotel, our trip to Japan wouldn’t have been as wonderful as it was.

How Much Did It Cost Us?

The total cost of our 7-night stay was only 63,272 yen, which was a steal if you ask me. This discounted price was due to several factors. First, it was June when we visited so it was an off-peak season. We stayed for 7 nights and so we were entitled to a long-stay discount, 50% according to the reservation site. We also used Agoda, a hotel booking website popular in Asia. Finally, my credit card had a 7% discount on offer for all bookings made through Agoda.

Moreover, the discounted price of the entire booking also reduced our accommodation taxes. The tax rate was dependent on the nightly room rate per person, so we only had to pay 200 yen per person per night, which was the lowest among the tax brackets. These taxes had to be paid separately in cash though.

At 100JPY = 1 USD, this meant our accommodation was only around 23 USD per person per night, which was way below what I expected to pay. It meant we had more room to spend on other things, like food and experiences.

Will I Stay Here Again?

Most definitely! It was a great place to stay as it was more than enough for our needs. The view was spectacular, the location was superb and the price was unbeatable too.

Until the next story…happy (virtual) travels!