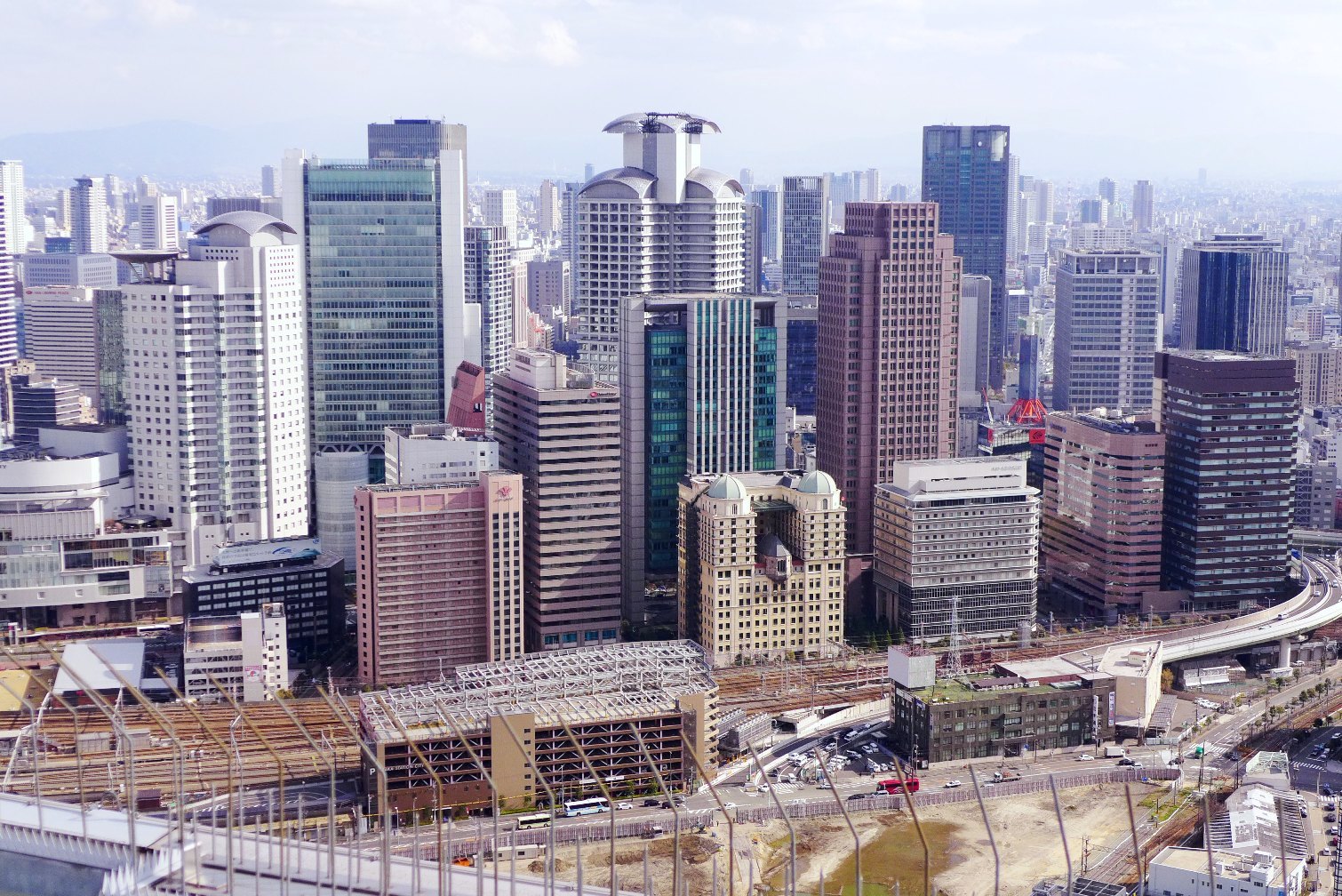 Though we were based in Osaka, and in Umeda at that, we never really got to explore this city until the day before we left.

Our base in Umeda proved to be a wise choice. Everyday, we were greeted by a flock of business people ready for a day in the office, and watching them walk their way to their buildings gracefully was a treat in itself. Moreover, our dinners at the nearby Umesan Kouji were another great way to experience a little bit of local life.

But just like every visitor, we had to have our taste of tourist life. It was Umeda Sky Building’s turn to shine.

From Osaka Station City, you could already catch a glimpse of this humongous building (well, even from our hotel). Passing by a few malls and giant commercial buildings above ground and finding a rather less appealing underground were part of the long but pleasant walk. 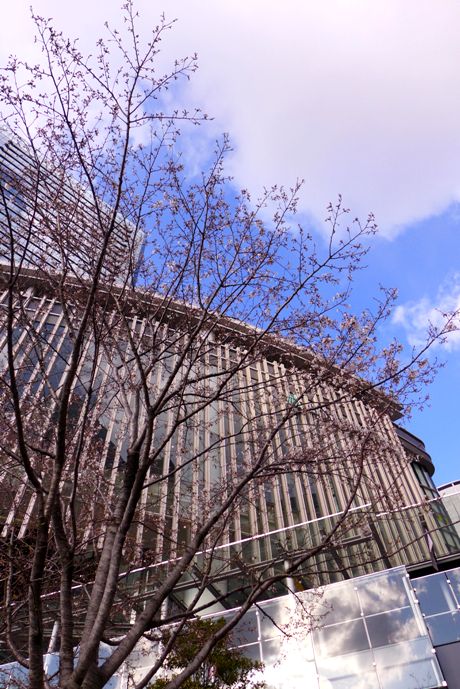 The elevator ride up would give anyone scared of heights a nervous breakdown. Most of the walls were in glass, making you realize how far your feet were from the ground. As though it wasn’t enough, there’s another four-storey escalator ride that isn’t really for the acrophobic, but great for those who enjoy the views up above.

Finally, we reached the top. The cold wind blew harder than ever, but its strength yielded inspiration for you to stay and cherish the view. After all, it was rare to experience something so magical in Japan with just a few people around.

Oh, Osaka. I never knew it was this big. The city extends until the horizon. Yep, just about everywhere were buildings, albeit the best ones were right here in Umeda. The train tracks, the Osaka Castle in its tiniest version and the HEP Five Ferries Wheel were some attractions that would surely catch your eye. Locks of love were put by couples in a special area in the rooftop, and it would have surely been romantic if you were with your special one.

We then spent the rest of the afternoon at the malls in Osaka Station City.

From Umeda, we took the subway to Namba, our jump-off point for Dotonbori. Dotonbori is home to a lot of neon lights and restaurants with over-the-top outdoor decorations. I’m not complaining though; in fact, it’s a feast to the eyes.

Though crowded, Dotonbori was bearable. There’s just something for everyone to do. You didn’t have to stare at the same thing along with everybody else. Some were in line for a plate of takoyaki, others were watching the Running Man’s billboard. Few would stare at the shop’s décor, while some would go shopping at branded stores. At least, it never felt suffocating with people. 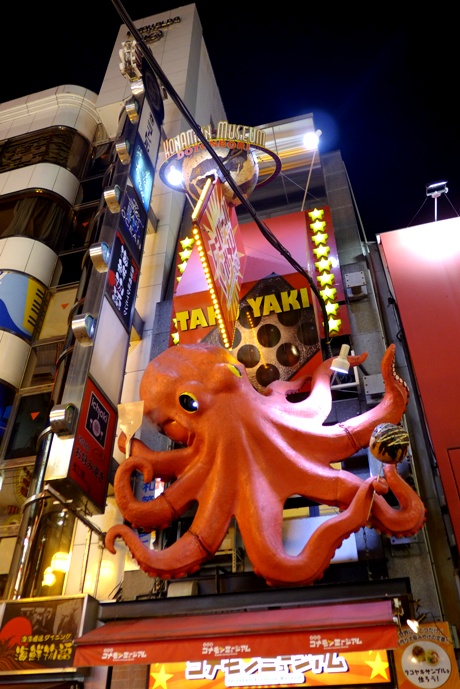 Here is where you should sample a lot of Japanese dishes. After all, Osaka is the country’s food capital. So go, wait for a table, or queue for a plate of takoyaki or a few sticks of kushikatsu. It never gets any better than this.

Creo-ru was our restaurant of choice, not because I’ve heard of it in the past, but because the long lines up front were just hard to miss. Long line = good food, almost always. The wait was quick, only about 15 minutes. We ordered takoyaki, kushikatsu, negiyaki, okonomiyaki and yakisoba. The takoyaki was good, but I just loved the taste of the rival Kukuru Takoyaki (but not the texture). What stood out the most in all that we ordered was the okonomiyaki, a pancake of cabbage and other vegetables topped with the most delicious sauce and katsuobushi.

After our dinner, we proceeded to walk along the street, and turned to make our way to the canal. The walkway was peaceful, until you reach the set of billboards where everyone just stood. The running man was there, along with other glitzy ads.

It was a great night.

Till next time. Happy travels!