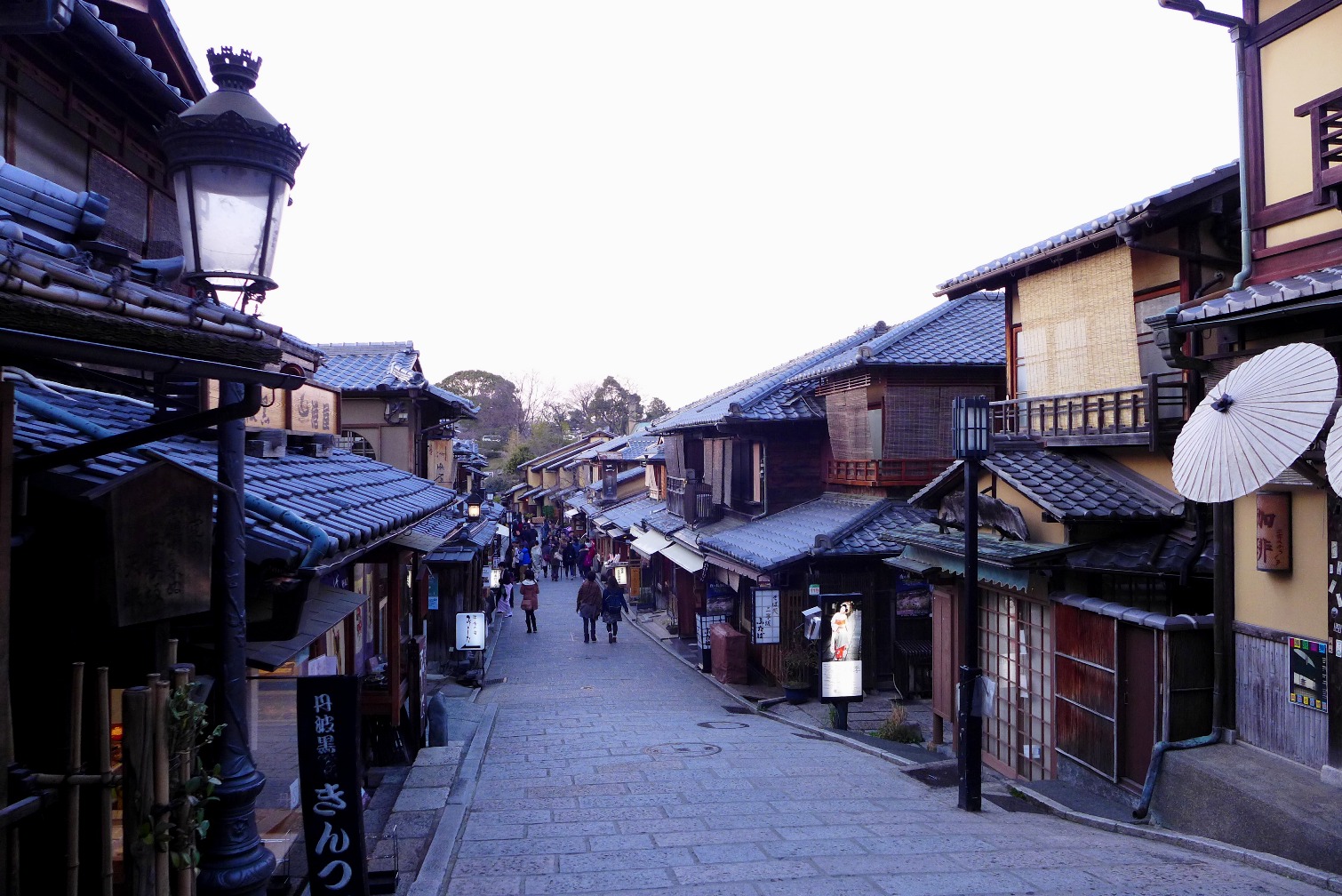 Following our morning and early afternoon spent in the northern and central parts of the city, it was time for Southern Higashiyama. From Nijo Castle, we took the bus traversing downtown Kyoto, where we had to transfer to another bus bound for Kiyomizu-dera.

Our stop in downtown Kyoto was actually unplanned. Traffic was quite bad, and our bus was moving so slowly that the agonizing call of nature had to be answered. The city’s downtown was synonymous to New York’s 5th Avenue for me, not that the buildings were as tall, but where rows and rows of shops stood. Locals were busy shopping, walking and eating. It was a place where the traditional Kyoto was almost wiped out by the modernity of the city, except for a few temples and shrines here and there and girls dressed in kimono.

Our decision to get down our bus one stop earlier proved to be a great decision though, as the bus to Kiyomizu-dera was packed as almost everyone at this stop boarded the bus.

Bus 207 delivered us about a kilometer shy of the temple complex. Caution: the walk is uphill. At first, rows of residential spaces occupied the sides of the road, and vehicles plied through the route. Once you reach the point where roads meet, souvenir shops and restaurants began lining the road. And boy, the crowds were just over the top. Thanks to the spring season, both tourists and locals alike were just flocking the place. Couples dressed in traditional kimono came and went.

Finally, we reached the red gate of Kiyomizu-dera. A pink flowering tree stood by the gate, along with the stone lions. The five-storied pagoda behind it could easily be reached on foot, and another cherry tree blossomed across it. Behind the pagoda was the main entrance to the Kiyomizu-dera, and a few cherry trees were blooming early. 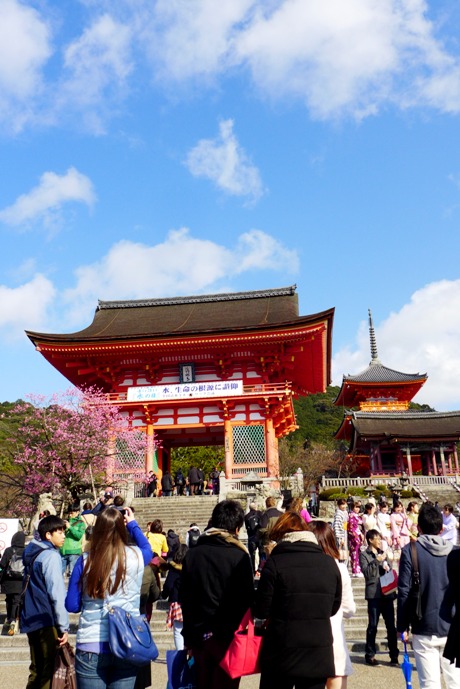 As we entered Kiyomizu-dera, an old wooden structure just greeted us. The main temple area was just by the entrance, but as with most non-Buddhists, we were drawn to the balcony, which afforded us a mountain view of Kyoto. At this point, I was pretty underwhelmed with the beauty of Kiyomizu-dera.

Three options were present to exit the temple: one, go back where you entered; two, take the stairs down to Otowa Waterfall; or three, take the wheelchair access downhill. The decision to take the wheelchair ramp was a great one, since the side and front views of Kiyomizu-dera could easily be seen from the ramp and an overlooking view of downtown Kyoto was a bonus.

After the short downhill trek, we reached the base where visitors queued up for a couple of cups of water from the Otowa Waterfall. It is believed that drinking from two streams would grant you your wish. Just before you exit, seeing the massive beams that support the balcony would fascinate you. That’s the only time I realized that the temple was perched on the slope of the hill, and the temple was such an architectural feat. 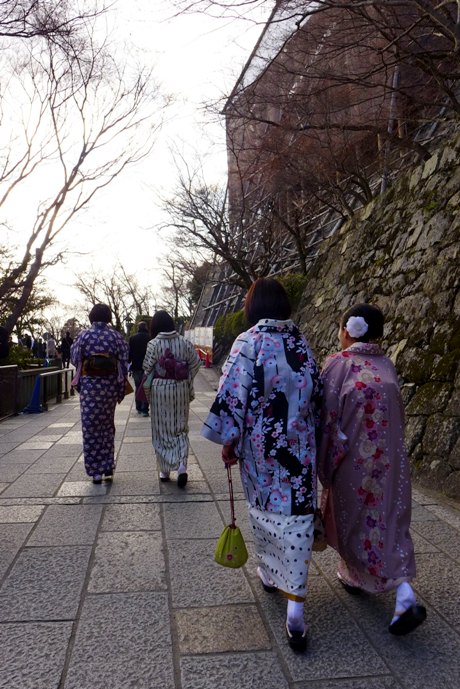 Just after visiting the temple, we indulged in a short shopping stopover to buy a few snacks and some souvenir items. The path leading to (and exiting from) the temple was perfect for this, although some restaurants had begun closing by the time we came back. 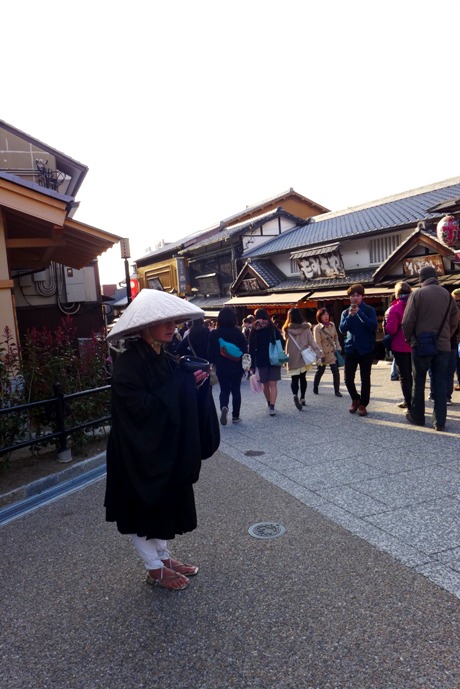 We took a right turn towards Sannen-zaka, a street preserved with traditional houses. A full blooming weeping cherry tree stood just near the corner and was perfect for a photo-op. Because the sun was already setting and the cold evening air was beginning to settle, only a few remained walking along the street. Two-storey traditional houses were greatly maintained — most of which are now used as shops. 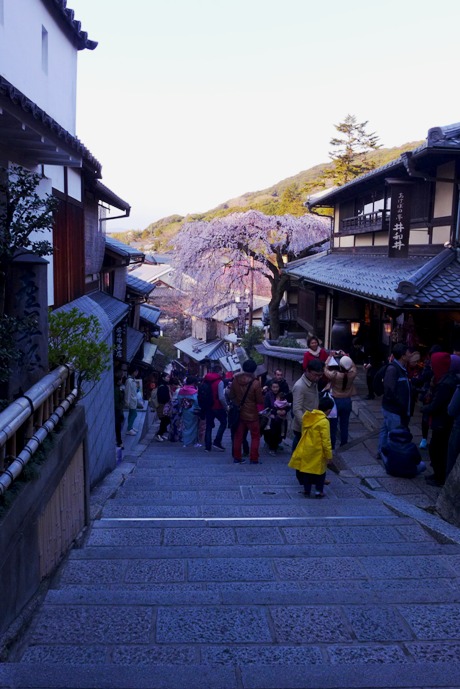 A right turn and another flight of stairs were all it took for us to reach Ninen-zaka, another preserved street in Higashiyama District. Fewer people could be found here, making this one of the best experiences I had in Kyoto. 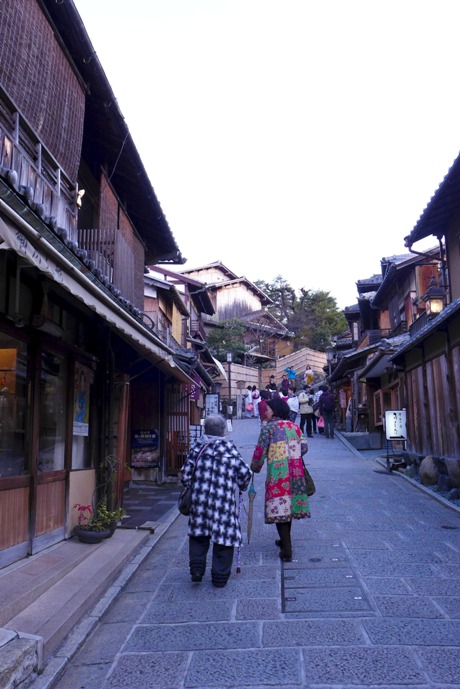 We were supposed to spend the evening strolling the lit up Kodaiji and the nearby Yasaka Shrine, but as the air was turning uncomfortably cold, we just opted to go back to Osaka instead. 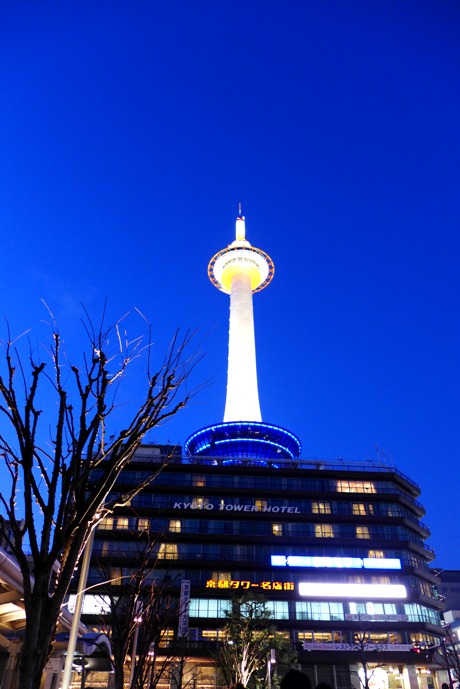 Until the next installment on Japan…Happy travels! =)