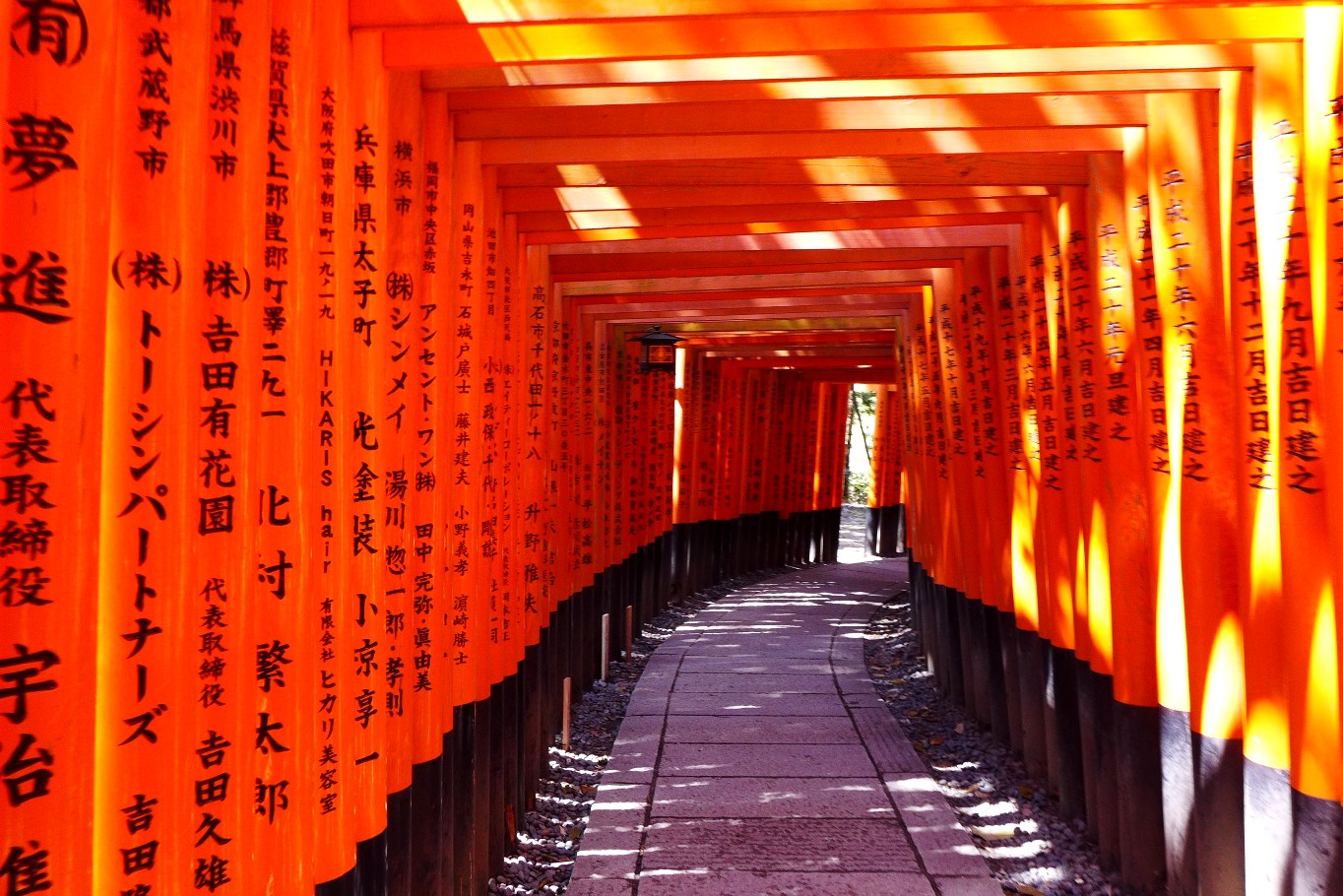 Of all the places we would be visiting in Kyoto, I was excited for Fushimi Inari Taisha the most. This is a Shinto shrine consisting of thousands of orange torii gates, making for such spectacular photos.

Arriving at Inari station, almost everyone in the entire train disembarked. Not only was there so many people, but the weather was becoming worse. It began to rain. Just as we were about to enter the first red gate, we had to stop to find shelter as we weren’t prepared to get soaked.

A few buildings for prayer stood just near the entrance, allowing visitors to witness some Shinto practices. A short flight of stairs delivered us to the base of the mountain and thus our trek under the torii gates began.

Rows of giant orange torii gates, some of which are now faded, enveloped you. Fox statues in stone are abundant, but the visitors were just more plentiful. This was the first leg, so to speak, of this shrine. The pathways then separate into two, and the gates become shorter and more compressed. No matter how busy this part of the shrine was, it was the most picturesque by far. Lamps hung from the posts, while Japanese inscriptions were written at the back of each gate. Almost no spaces exist between posts — just sheer orange everywhere.

After this, you would reach another shrine, where people offer their prayers in wooden blocks of fox faces. Some visitors continued to tread on, but the gates were now back to being giants. Suddenly, a lot of visitors began turning around and left, allowing for a more enjoyable trek for those who chose to stay. Walk, climb, walk. Pause for a breath, and walk a little more slowly just so you could capture the moment. In no time, we reached a cluster of shrines — small bright torii gates offered in the otherwise drab stone shrines.

We continued farther uphill, but decided to stop and make our way back after realizing that it’s still another 45 minutes to reach the top. Just after exiting the shrine, we headed to a restaurant in Inari to try their famous Kitsune Udon. 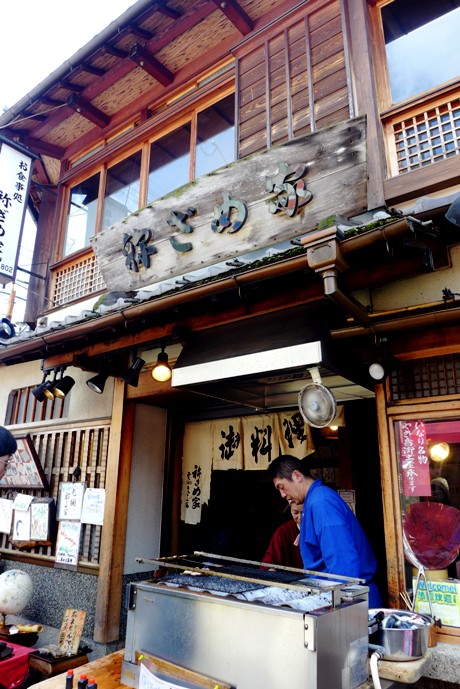 While we decided to finish what was left in our Kyoto plans for this day, our trip was cut abruptly short by the very cold weather in Kyoto. At the station, the wind blew and froze our bodies. It was time for Osaka instead.

More on this next time. Happy travels! =)