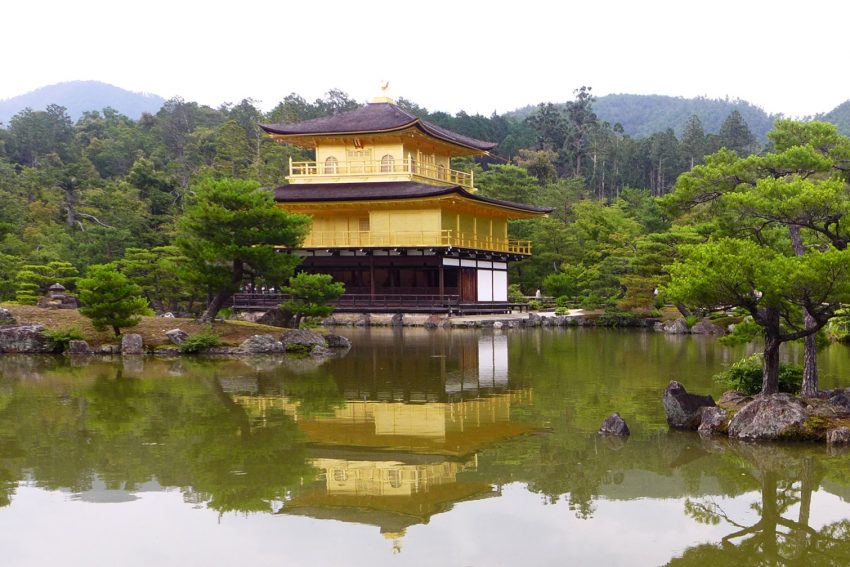 It was too late when I learned that the G20 Summit was to be held in Osaka, and our schedule suffered greatly as we avoided the city during this period. That realization suddenly dawned on me as we navigated our way back to Kyoto, coming from the city earlier that day only to have lunch in Kobe. In hindsight, we lost too much time moving around, but with our lunch booked well in advance, there was too little wiggle room to improve on our itinerary.

Our next destination was one of the top attractions of the city. In fact, many would consider it as one of the three iconic temples or shrines in town, along with Kiyomizu-dera and Fushimi Inari Taisha. Kinkakuji’s golden exterior had a magical draw, attracting many a traveler to visit it. Though well-connected with the bus system, the rather long walk from the main road to the heart of the temple complex seemed to build up an excitement, a beat that pulsed through every visitor that trod its way. However, it felt anti-climactic to behold the golden temple, right after a gate or two. People crowded in the corner where one first glimpsed the temple, grabbing as many photos as possible. Like many, I snapped my own share of photos, but mainly walking towards the large viewing space across the temple instead of hogging the precious walking space. Framing the temple among the trees and plants was a game I thoroughly enjoyed. It’s too bad that the irises in the pond were already past their bloom. There were a few that remained, though they were less than stellar.

The crowds were thinner this time compared to my first visit. Perhaps it was the time of day, it being late in the afternoon compared to early in the morning before; perhaps it was because it’s early summer, instead of our spring visit previously. One thing remained though: as beautiful as the temple was, I was not mesmerized. You see, there’s usually something magical — an aha moment — whenever I visit a temple in Kyoto, but sadly, Kinkakuji was not one of that gave me those. Formerly I thought it was due to the thick crowds, but given the sparser number of visitors this time, I knew it was not it. Apart the glistening gold set in the lovely pond, I felt there was little I could admire. Though there were altars along the way, the paths were frankly too narrow for the number of visitors the temple receives, so everyone had to follow everyone to walk along a pre-determined path.

It was for this reason that I largely consider this temple more of a photo stop rather than something waiting to be fully explored. I honestly didn’t feel as though I could go back over and over and discover something new with every visit. But if it’s your first time in the city, carve out some time for this temple and see it for yourself; maybe it’ll inspire you more than it did for me.

More on Kyoto next time. Until then, happy (virtual) travels!