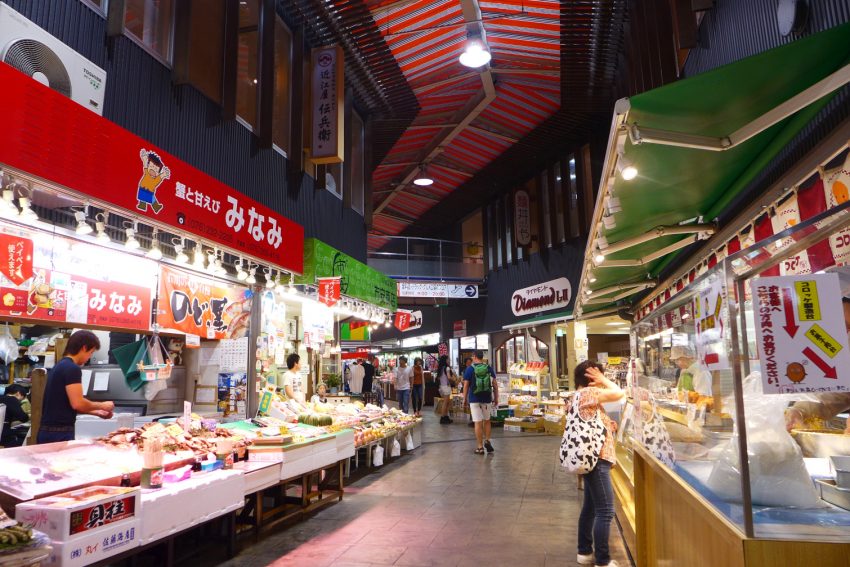 Early the following morning, it was time to embark on another journey in Japan. My initial goal was to see the village of Shirakawa-go, but a day trip from Kyoto was out of the question. The travel time was just too much. Hence, it was decided to extend this portion to a two-day affair by also including the city of Kanazawa and the town of Takayama.

It wasn’t the first time for us to venture out of the Kansai region. It was, however, our first time exploring a more remote section of Japan. This side-trip also shaped which rail pass we were to avail of, and it was the Kansai-Hokuriku Pass that proved economical.

Our first day involved a train from Kyoto to Kanazawa using the Thunderbird Limited Express. We took the earliest possible train to maximize the time we would have in the city. Along the way, the biggest lake of the country, Lake Biwa, showcased its serenity. Rice paddies were full of greenery, it being summer. Houses clustered in some areas while some cemeteries could be seen from the hills. We arrived in Kanazawa by mid-morning, two and a half hours after departing from Kyoto.

Omicho Market was our first destination in Kanazawa. It was the third straight day that we were to visit a market, and the thrill was dwindling down. It was definitely less famous than Nishiki in Kyoto or Kuromon in Osaka, so the expectations were far less. The experience, however, was a pleasant surprise.

The market was just getting livelier when we arrived. Some vendors were still setting up shop, even though it was well into the morning. Its aisles were wide and the market looked cleaner than the others we’ve been to. My heart first skipped a beat as I smelled some soy-based grilled fish. It turned out to be unagi, or eel. I landed on a shop that was frequented by locals, who bought the whole fish. I had to settle with the one on a stick, which was a steal at ¥500, compared to an ¥1000 one in Osaka. No one in my family was interested, so I greedily munched on it while they roamed around. You see, eating while walking was frowned upon in Japan, so eating in front of the stall was the only option. The grilled skin was very, very crispy, a sharp contrast to the eel’s soft texture. The soy-mirin sauce offered a truly Japanese flair to this delicacy and I loved it.

The one that caught my family’s eyes were the fresh fish at one stall. Salmon and tuna sashimi were both ordered. As we headed to the eating area, we saw some freshly grilled salmon, which we also added to our meal. Though the country is famous for its tuna, we all loved the salmon sashimi. It was the freshest fish I’d had for sashimi…and we couldn’t resist ordering another platter. My brother enjoyed the grilled salmon, though I preferred the raw fish a lot more.

We were too stuffed to even try the market’s famous kaisendon, but we enjoyed the treats so it was already a win for us. We roamed around the market some more, seeing more produce such as edamame and wasabi, and very big radishes. There weren’t too many striking things except for the great food at very reasonable prices, but these were enough to land the market as our top choice in all of those we visited. We can’t wait to be back.