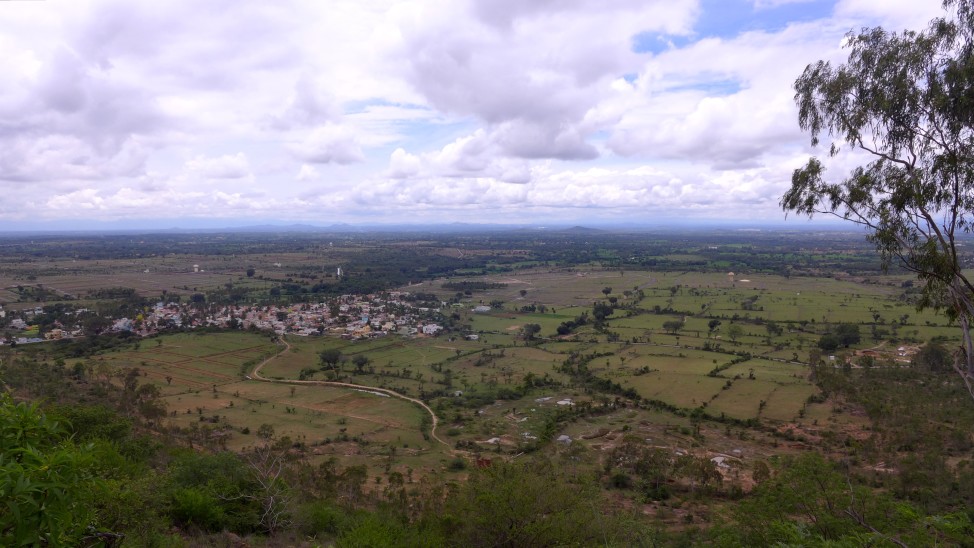 On my birthday, we decided to see the city of Mysore, about 150 kilometers from Bangalore. The day started at around 7:30, and we planned to go back to the hotel by night.

We first visited the Summer Palace of Tipu Sultan in Srirangapatna. It was the summer residence of a Muslim leader just on the outskirts of Mysore.

A big manicured garden would welcome you as you enter the palace grounds. Tiny cannons were on display just outside the palace itself.

The palace was built on wood, with extensive designs carved on its walls. All were painted (I can’t imagine how they did that at that time), and the intricacy of the designs was breathtaking. Unfortunately, photos are not allowed so I couldn’t share the sights with you.

Next, we went to the city proper of Mysore where we visited a Catholic Cathedral. I was happy to be able to pray inside the church during my birthday.

Soon, we were on the way to Chamundi Hill. Chamundi was a goddess who defeated Mysasore, whom the city was named after. A temple was built on the top of the hill, and you would see amazing views along the way.

The good thing being with a local, Ankush, was that we were able to experience the real Hindu temple ritual. First, we took our shoes off. Next, he bought an offering. Then, we made our way inside. We struggled our way to where the offerings are blessed – you’d have to give it to someone inside, who would hand you the red powder along with your offering. You then put your hand over the flame and then touch your head.

We made our way outside the main area to where the coconuts were broken, and it’s also the same place where we had the red powder placed on our foreheads. Next, we were handed cardamom water, which we sipped from our hands, and the rest was showered on our heads. Finally, we got out of the temple.

Story to be continued. Happy travels!