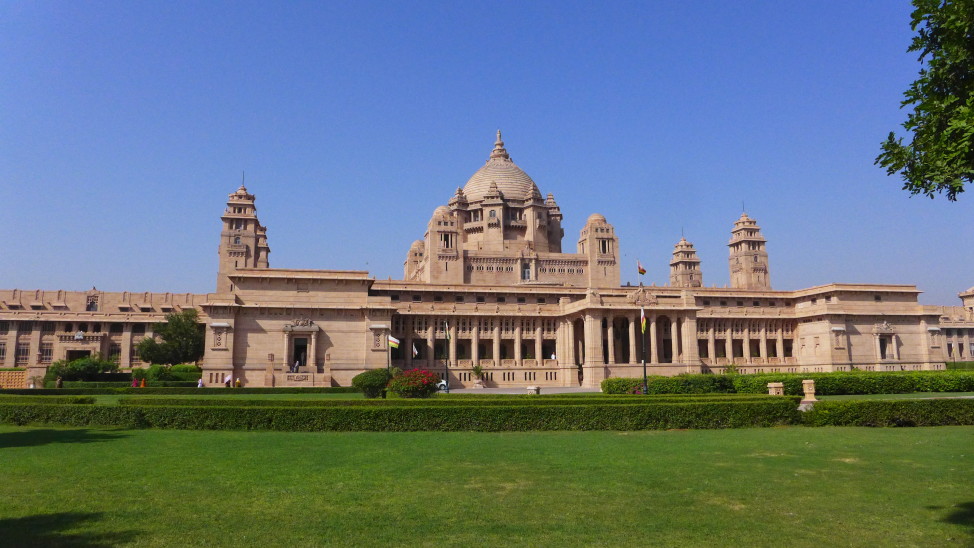 I got up early the next morning feeling refreshed, despite the numerous times I woke up during the night. The painting of a Hindu god in our room didn’t help at all – I kept on feeling that it was staring at me! Crazy, I know, but I felt equally scared. I glanced at the time on my tablet. It was very early – around 6AM or so. The sky was already bright, but the familiar noise on the streets was nowhere to be found. When Jo awoke, we decided to watch the sunrise from the rooftop restaurant in the guesthouse.

Since we were situated at the topmost floor for guests, we only had one flight of stairs to climb. We had to hop across the bodies on the floor, careful not to wake anyone of the employees. From the top of the building, we saw the otherwise energetic town slumber. No one stirred. It seemed that time stopped somehow, except that the sun was slowly emerging from the horizon.

Soon, the staff woke up and gave us a menu. We ordered breakfast – still vegetarian food. Other diners began to arrive. I wasn’t sure whether the food was good here, but this place definitely had one of the best views of the fort!

After a filling breakfast and a quick shower, we hailed an auto-rickshaw to bring us to another spot in Jodhpur, the Umaid Bhawan Palace. As we enter the palace grounds, we were stopped by a guard asking what we had to do in the Palace. It was strange knowing that a portion of the palace served as a museum, while the huge chunk of which was already converted into a hotel. We responded saying that we just wanted to see the place, with an option of having lunch or a snack in the hotel.

We were dropped off by the driver in the gate of the Palace, unknowing that that was the entrance of the hotel. We just had to walk a little towards the entrance of the museum. Here were lots of locals, adults and kids, marveling at the spectacle that was the Umaid Bhawan Palace. Design-wise, it resembled palaces in Europe, yet the material was undoubtedly native: sandstone.

As we entered the museum, we discovered that this was designed by a European – hence it exhibits a lot of western vibe. Unbeknownst to me at that point, this would be one of the most western-influenced palaces I would ever see in India, with most of the furnishings on display as well as some design elements being European. As said in many reviews, the palace was huge, but it was a shame that only a very small portion of which was converted into a museum. When we had enough of the history of Umaid Singh’s life, the one who commissioned the building of the palace, we got out of the museum hoping to grab some refreshments in the hotel.

But lo and behold, we were stopped by the guards at the entrance of the hotel. He asked for a reservation, which we had none, so we were already feeling down. However, what made this encounter insulting was that the guard added that a meal costs 1500 rupees minimum. That was uncalled for! Not because we commuted on the way, or because we were wearing a simple kurta, he already had right to judge our ability to pay a meal. With our egos hurt, we simply walked away.

We negotiated for an auto-rickshaw to bring us to our next stop, Jaswant Thada. Tip: Never ever ride anything in India without negotiating the rate with the driver. Otherwise, you’d end up paying triple of what’s the ride is worth. More on this on my next post.

Until then, happy travels! 🙂