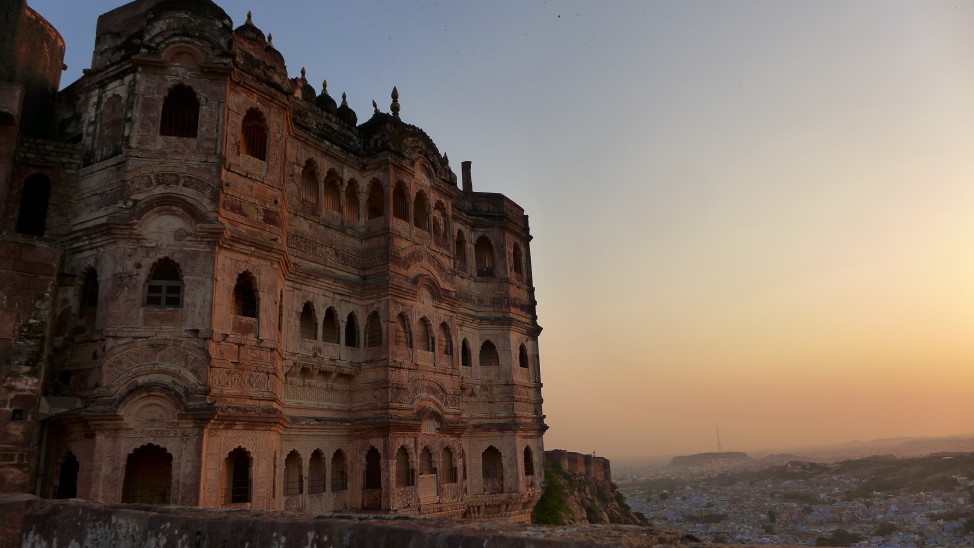 A couple of weekends ago, my friend Jo and I began our adventure to the northern part of India. The trip lasted for only five days, yet it was nonetheless unforgettable.

Though we have stayed in India for a month and a half already, this would be the first time that we would be out of our comfort zones. No Kevin, our Filipino friend, to serve as our shield from the stares of men, and no Indian friends to help us along the way. We were alone for the very first time – an exciting idea, yet I was anxious about having only a female companion in a largely male-populated society.

We landed in Jodhpur half past one in the afternoon. As we exit the airport, I was expecting a bunch of people coming towards us to offer rickshaw or taxi rides, yet there was none. They just stared. Nobody approached us. We headed straight to the taxi stand, and availed of the prepaid service to the old city where our guesthouse was located.

We were greeted by the owner very warmly, but lo and behold, we had no room! She said that her sister had a place where we could rent a room. Despite our disappointment, we obliged to look at the room. Luckily for us, we recognized this guesthouse (we tried booking it), so we felt a bit of relief. The owners of the Blue House were very kind and welcoming as well, and due to our insistence, we were shown the room. After five flights of stairs, we obtained our small triumph – the best room of the guesthouse!

The famous Mehrangarh Fort was within sight as you peek out the window. The room, though small, was quaint with its hand-painted walls and Indian furnishings. In short, we got a room that exceeded our expectations given our small budget.

We took his advice and challenged ourselves to the endless turns to the fort. Luckily, there were signs showing which way to turn whenever we reach a decision-point. Sometimes, the locals themselves would point which way – a very refreshing experience! Slowly, we made our way to the top: as the magnificent fort became bigger, the landscape of blue houses also emerged. Afar was the Umaid Bhawan Palace. Wow. It was nothing short of spectacular.

We entered the fort and availed of audio guides. We followed other visitors to the maze that was Mehrangarh Fort. We entered several gates, the next one was grander than the last. We saw the hand prints of the concubines said to have jumped into fire when the emperor was buried. Then, we entered the palace complex. 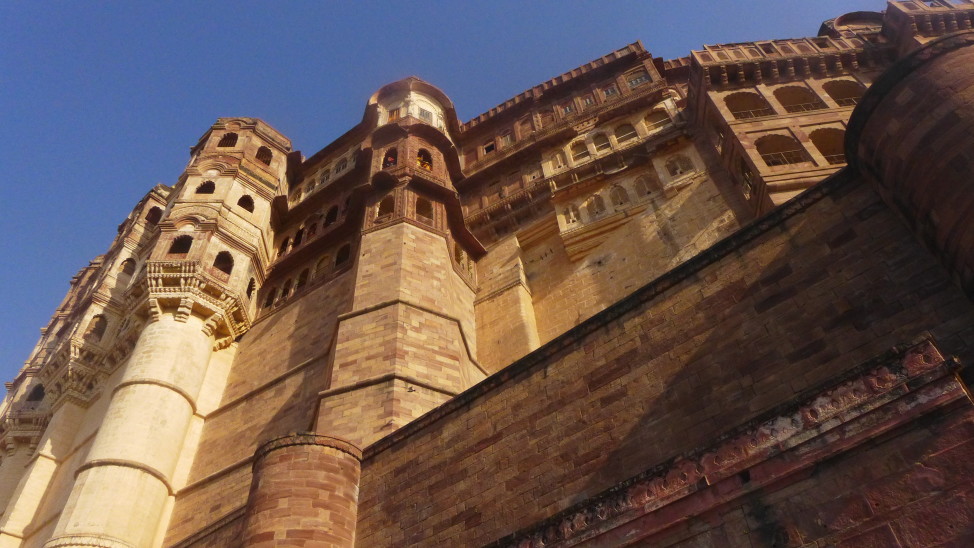 I could not begin to describe the intricacy with which Hindus design their structures. It was stunning.

Outside the halls were musicians and dancers showcasing Rajasthani music. Inside were various displays of how the royalty lived – carriages, personal things, paintings, clothing. None of which were simple – everything screamed of extravagance. So were the rooms. I couldn’t recall every room we saw – but these three by far stood out from the rest.

As we neared the end, we saw the spectacular view of the blue houses in Jodhpur. Little did we know that we were to see a more breathtaking sight later. Our last stop was the zenana, the portion of the palace limited to the women only. It was another great sight.

Coincidentally, it was also the Rajasthan Folk Festival – an annual festival in Jodhpur where folk music is played through the entirety of the night. We went back down near the entrance and bought our tickets to the Living Legends concert.

We went back inside the fort, but used the elevator this time. Luckily, the sun was already beginning to set, and it was amazing to see the golden rays shine against the blue city and the majestic fort.

Just right on time, we found ourselves seated at the grounds of the concert venue. Four musicians could easily be seen, each hanging on to their dearest instrument. A few minutes after, the show started. Over the next couple of hours, we listened to Rajasthani music while the living legends showcased us their talents. I was particularly overwhelmed by the old man’s double flute (pardon my lack of knowledge of how the instrument is called), especially considering that he’s already 82 years old!

The moon was already up by the time we left the fort. We headed to Jhankar restaurant, another place owned by Uncle, to fill our grumbling stomachs before we head back to the guesthouse.

This marks the end of the first day of our Northern India journey. Until next time. Happy travels! 🙂