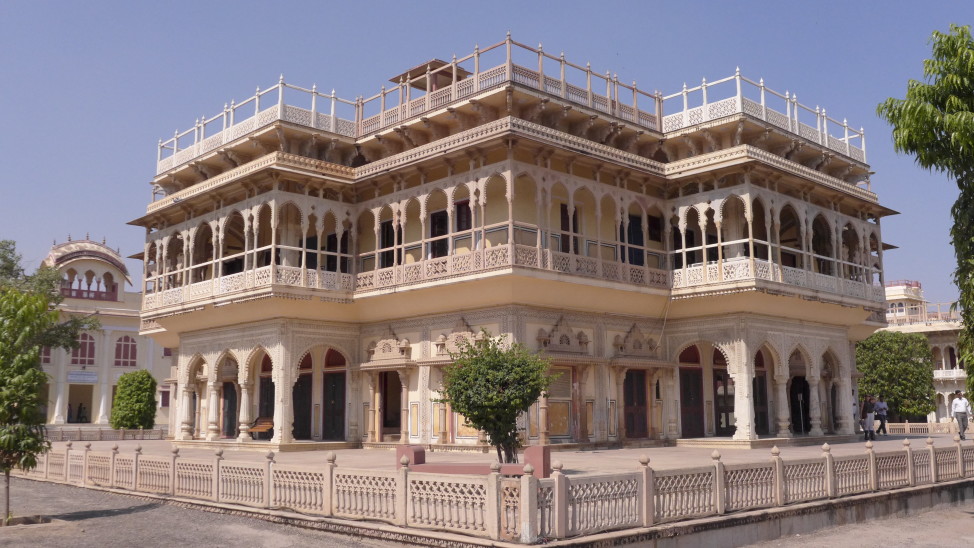 This is the continuation of my Rajasthan journey in India. For the previous post, please click here.

We were fortunate enough that the manager of this guesthouse was very understanding when we arrived late at night the previous day. He told us that the guesthouse usually waits for the guests in the train station no matter how late it was — after all, guest safety is their primary concern. As their computer didn’t work at the time we were supposed to check in, we just requested that the checking in be done tomorrow morning, to which he obliged.

On our third day in Rajasthan, we had to do the formalities of checking in early in the morning. In India, you are required to submit so much information when checking in — which city you are from, which city is your next destination, how many days you are intending to stay in India, etc. Passports are required for foreign nationals, which the hotel must scan to submit to the authorities.

Since our driver, Salim, whom we managed to transact with the previous night, was late in picking us up, we just decided to get some breakfast at the sister guesthouse, Hotel Pearl Palace. Salim just picked us up from there, and we went on our city tour of Jaipur. We were to spend only a day in Jaipur, so the car rental was a must to squeeze everything in. Two major things were in order — the Pink City and the Amber Fort.

Though Jaipur is technically dubbed as the Pink City, I learned that the Pink City is just a portion of the entire city of Jaipur, where the walls were painted “pink” when a foreign dignitary visited this place more than a century ago. To me, the color hardly classifies as pink – it appears as though it’s more of orange! Even our driver agreed with me. Hahaha 🙂

First, we visited the Watch Tower. Not a lot of people visit this place. If I was not mistaken, we might have been the first visitors of the day. An old man accompanied us to the top (shame on me for needing to catch my breath when the old man didn’t need any breaks!). He explained that the watch tower was built for defense purposes, after analyzing that one side of the city is vulnerable to attacks. At the top, you would see the entire city of Jaipur, with the Nahargarh Fort in the distance atop the hill, and the City Palace, Hawa Mahal and the Jantar Mantar nearby.

Next, Salim drove us to City Palace. This was where the royalty relocated after living in Amber Fort. As we entered, we saw this lovely hall where foreign dignitaries were welcomed. I really loved the architecture of this building. Today, it houses the textile museum showcasing various Indian clothing, such kurta, salwar, and of course, the saree. Some photos of the royalty and their love for sports are also shown. 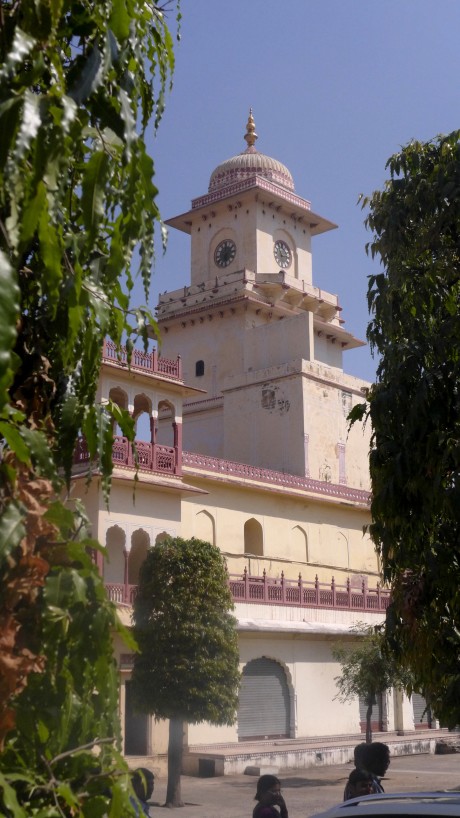 We proceeded to this hall where local crafts were supposedly showcased. True enough, various items of different materials were on display. Unfortunately, they were all for sale. Small chairs were lain across the booths, in case you’d want to see more of the craft in detail. However, it felt as though once you took that seat, you would be driven to buy at least one of the items in the shop. After looking around, we went outside the hall already.

We then entered the palace complex itself, being welcomed by the Hall of Private Audience. Here were jars which the royalty was said to have brought when they traveled elsewhere. We took a left towards another courtyard. Inside were distinct pillars made of mosaic tiles that formed different creatures. One of those that really drew attention to the visitors was this peacock design shown below. At the back of this courtyard is the palace still in use by the royalty up until today. 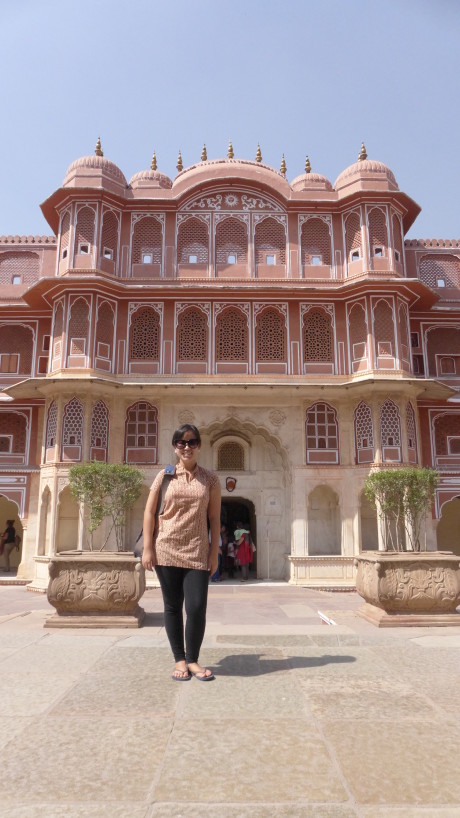 Afterward, we went to another hall — seemingly a Throne Hall. Here was where foreign dignitaries sat to see the Jaipur royalty. As I walked down the hall, I cannot help but feel in awe with the gold paint on the ceiling, and the stunning chandelier screaming for attention in the middle of the hall. As usual, photos are not allowed. The guards were very strict when they see somebody taking a photo — I witnessed two incidents, none of which went unnoticed by the security people.

We went to another courtyard, hoping there would be more spectacular things to find, yet to no avail. The last courtyard we went to were just full of shops, just like the building we went to earlier. The only interesting thing in this courtyard was the puppet show.

We exited the City Palace and headed towards Jantar Mantar, the observatory built by one of the royalty. Here, you’d find the world biggest sundial, but I wasn’t able to see the time using it — either it was so huge (you have to climb a locked staircase) or I am too short! We didn’t spend too much time here (too bad for our Rs 300 entrance fee), but we weren’t too interested in astronomy so we just left.

Our last stop in the Pink City was the Hawa Mahal. Built for the royal women to see the procession on the road, this palace doesn’t boast of anything grand, except for the lovely facade. We had a difficulty finding our way towards the palace, struggling amid the chaos of everyday life in Jaipur, until we finally saw the entrance. Inside, as Salim said, nothing could be seen, except for walls that once witnessed the grandeur of royal living. We crossed the street to capture a shot of its facade, and this risky undertaking proved to be worthwhile. We had Salim pick us up from this point, and headed to our next destination in Jaipur. 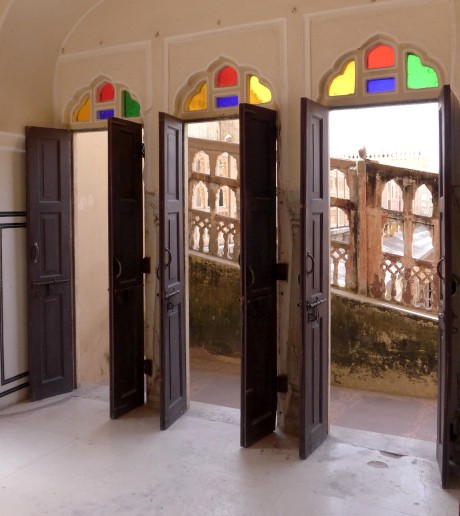