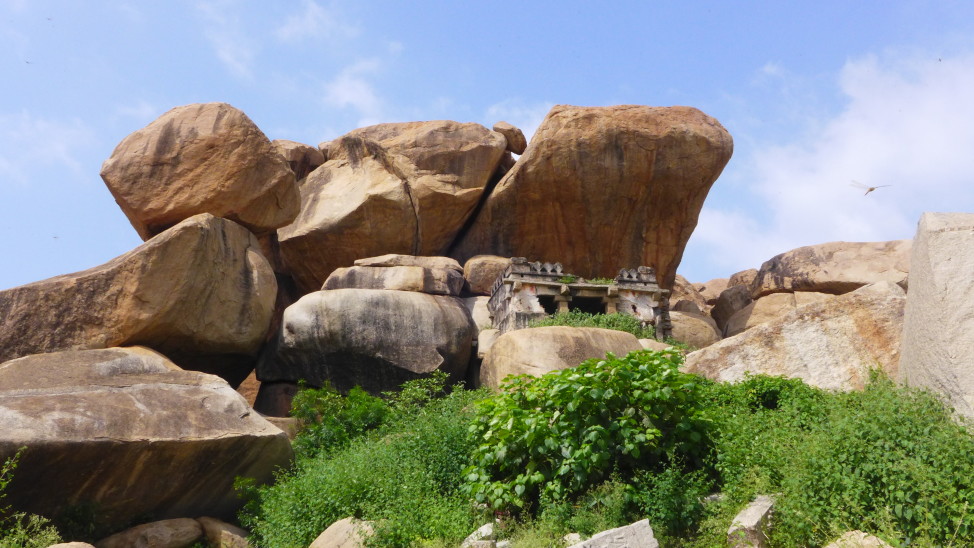 India is vast, and the sights to see are varied. There are gardens, lakes, rivers, ancient ruins, palaces, and temples. Name it – they almost have it all.

It was Hampi’s turn on our second weekend in India. This was an ancient complex almost forgotten, now hailed as a UNESCO world heritage site.

It was about 4am when we left the comforts of Electronics City to head toward Hampi. At first, the drive was quick, with six-lane highways and a car with a heart-stopping speed. That was until we reached a double-lane highway with big, slow trucks plying through the road. Our driver, Lokesh, took a great deal of effort to overtake these trucks – an ordeal that made our hearts skip a beat at times. Six hours after we started, we arrived in Hampi.

Almost immediately, guides and touts began to appear offering their services. I was never a fan of one, as I prefer taking my own sweet time in seeing a place. Hence, we were left on our own to explore the old city.

Our first stop was a Ganesha temple. The Ganesha statue was made from a single piece of rock. Around us were big boulders of rock seemingly showered by the heavens on this vast place.

We proceeded to a hill where a number of temples were built. We climbed up the hill and saw some foreign visitors on a guided tour. A kid kept following us to buy the postcards he was selling. Locals were talking in bunches, with food and jars of water beside them, almost resembling a picnic. 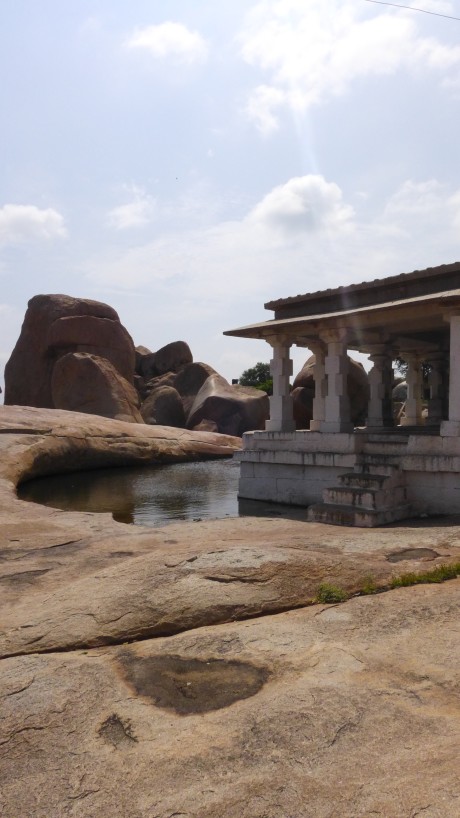 We went down the hill to visit the Virupaksha Temple. While going down, we saw three men dressed in costumes. They told us that we could have their photos taken. After which, they were asking us for money. This was a scam – I knew it! So we just left them, without giving anything. Good thing we had two guys in our group who strongly said no to them.

Then, it was Virupaksha temple’s turn to be explored. (Entrance = 2 rupees for foreigners.) As usual, you’d have to go barefoot when going inside. Monkeys were abound, and one even grabbed Jo’s water bottle. Tip: never hold anything when monkeys are around. They simply think that you are holding food, hence the grabbing.

The temples aren’t big, and a few minutes would enough to cover the grounds. While the sculptures were intricately designed, the whole temple complex was missing the wow factor for me. To be honest, I feel as though this was more of a tourist attraction rather than a religious site – where tourists are outnumbering the locals present.