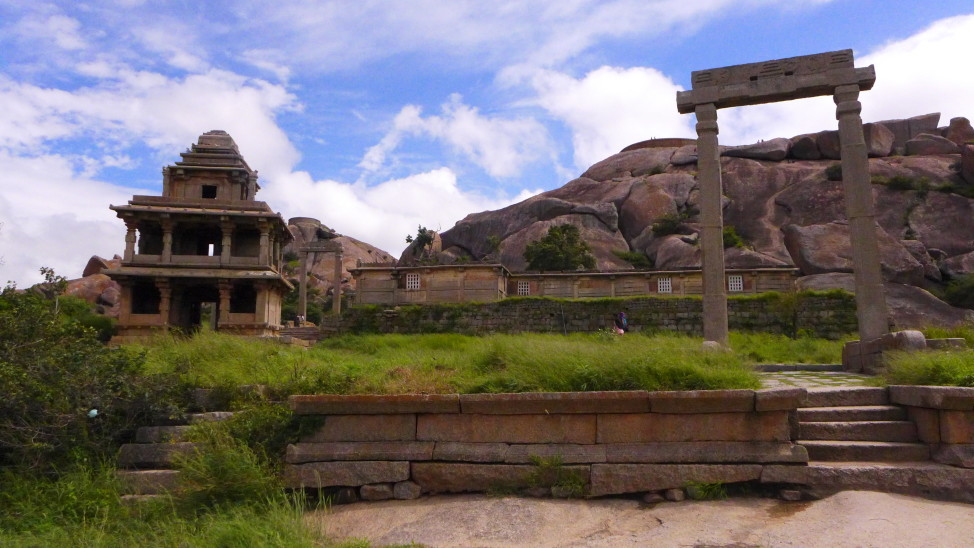 We started our Sunday with a short visit to the Tungabhadra Dam, a few kilometers away from the town of Hospet. Our vehicle was parked at the base of the hill, and we trekked our way up to see the dam.

A short ten-minute walk was all it took to reach the top. The dam gates were open, and we could see the rush of water flowing through it. We also went farther to see the other side of the gate – where the water current was strong enough to splash on us despite the walls!

We left the town of Hospet and arrived in Chitradurga three hours after. There stood a famous fort nestled between boulders which overlooks the town.

From the outside, it seemed like a very small fort. Going inside proved otherwise. Steps after steps were taken, sharp 90-degree turns were made, passing through different fortresses that once protected the place from the Muslim invaders. There were also various temples where the locals went to pray. 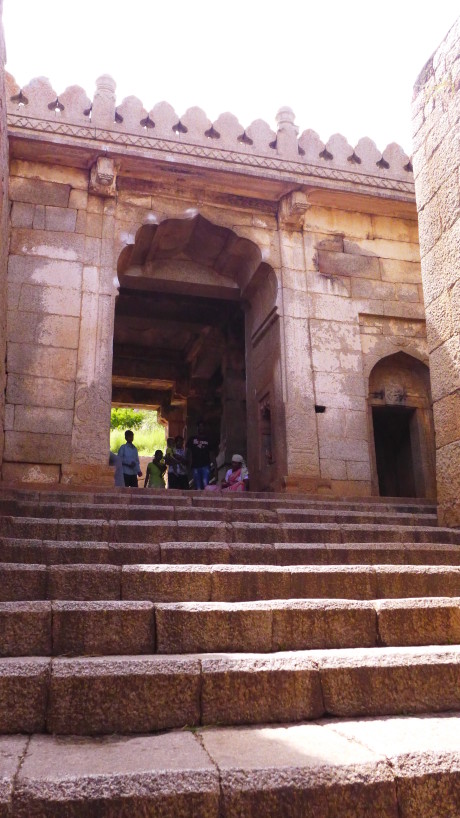 As we came closer to the top, the view just kept getting better. Ruins of the fort and some temples were set against the rocky mountains, yet a lush greenery kept the scenery balanced. We tried going to one of two giant towers, but found ourselves disappointed as we reached a dead-end in the face of a temple. (Note to reader: I confirmed with an officemate that the only way to the top would be via the side of the hill, where horse shoe prints were, since horses were used to climb the top back then.) 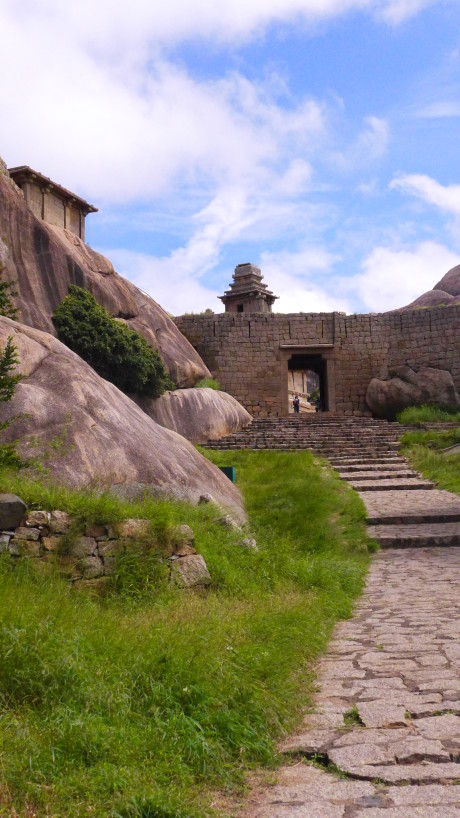 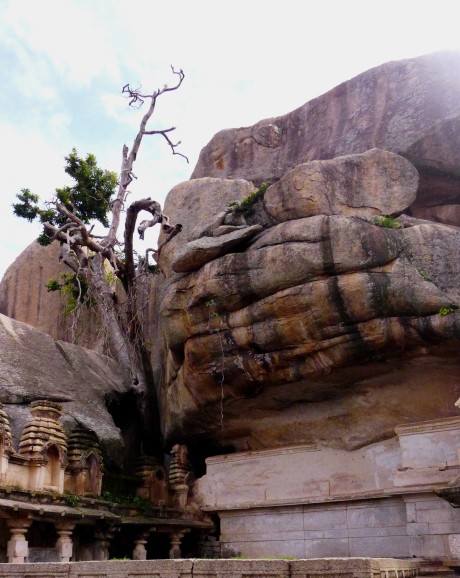 On our way back down, we saw the same kids who befriended us while going up. I was scared at first that there might be a scam of some sort associated with talking to them, but was later proven wrong. They were just nice girls who wanted to talk to tourists. 🙂

Til next time. Happy travels!

3 thoughts on “A Side Trip to the Chitradurga Fort”