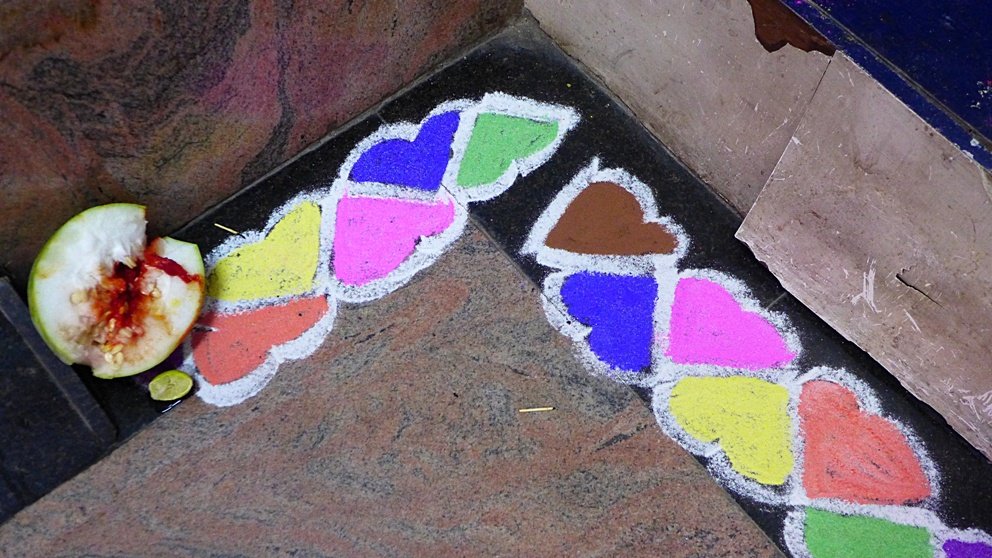 Time flies. Before we knew it, it was already our last weekend in the south. Coincidentally, it was also Dussehra Festival, and everyone was urging us to go to Mysore, where the celebrations were more grand than the rest of the country. Having been to Mysore earlier, we didn’t take the opportunity and went on shopping in Bangalore instead.

Of course, we took the bus G-3 again to get to the city center, witnessing the locals buy garlands and banana leaves for the puja to be done on this festival. The streets were lined with vendors, and most vehicles had flowers or banana leaves attached to their bodies.

After having some dollars changed into rupees, we proceeded to Brigade Road to buy some shawls for family and friends. The store manager showed us different qualities of the scarves, from cotton to silk to pashmina, with prices ranging from a mere hundred rupees to several thousands!

Soon, we found ourselves in the city’s metro traversing from MG Road to Whitefield, where the Phoenix Market Mall was located. It was another auto-rickshaw ride from the station to the mall, yet it was totally worth the travel. The mall was big (in Indian standard — a bit regular when it comes to mall size in the Philippines), but it contains more shops and better ambiance than the Forum Mall in the city center.

We spent the entire morning window shopping for which things to buy. Afterwards, Kevin treated us to lunch in Chili’s, where we thoroughly enjoyed the food! A woman approached us asking which country we were from, and to our surprise, she is a Filipino! 🙂 She invited us to her house for lunch the following day, knowing that we’d be leaving on the next weekend.

We continued shopping for the rest of the day, buying mostly chocolate (Cadbury is cheap in India) and spices and tea from the grocery. I loved the time I spent in the bookstore (I have yet to read the books I got), and was happy to buy an Indian cookbook for my mom. I was also glad to have found a travel lock in Benetton, as there were none in the department store and there were no hardware stores!

Though we booked a cab early in the night, nobody arrived until 9:45 at night, and by the time we got back to Electronics City, we were all very exhausted.

The following day, we headed to Tita Peachy’s house, the Filipino who invited us on Saturday. Upon entering her apartment complex, a group of men were doing a puja, where one man inserted a candle inside a squash, then threw the squash onto the floor. It was another unique experience.

Tita Peachy served Filipino food for lunch, which we were all eager to partake, and had puto, another Filipino delicacy, for snacks. We met other Filipinos – all of which were married to Indians – with very cute kids running around the house. A few hours after, we departed the house to attend mass (for the last time) in Bangalore city.

After the mass, we went to the Forum Mall to buy some essentials for our trip up north. As we got out of the mall, we noticed a centerpiece brimming with lights. Perhaps it was in preparation for the Diwali, the festival of lights. We called it a night and headed back to the hotel.