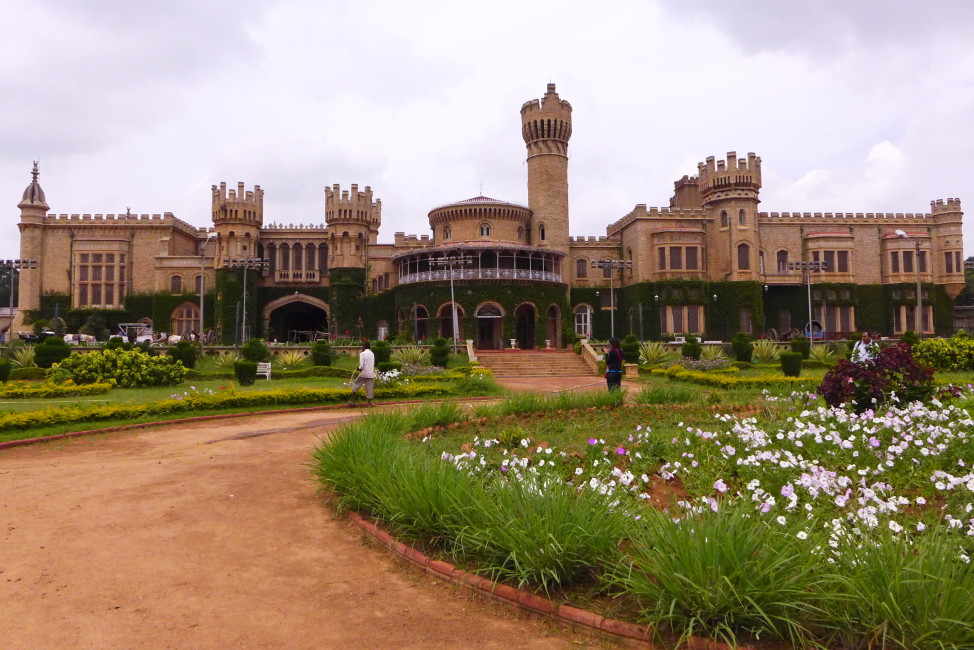 After two weekends of going out of town, it was time to explore Bangalore.

Ankush met us at the hotel, and we started early to watch the sunrise in Nandi Hills. It was half past three in the morning when we left Electronics City, only to find ourselves stalled in the middle of the expressway an hour later. We had a flat tire. Our sleepy driver took his own sweet time not only changing the tire, but also driving towards Nandi Hills. Sadly, the sun came up while we were still on the way.

When we reached Nandi Hills, it was very foggy. We had a very short walk to reach the viewing deck, yet everything was covered in mist. A supposed sea of clouds had dispersed, and we were left with nothing but sheer imagination to how magical this place could have been. 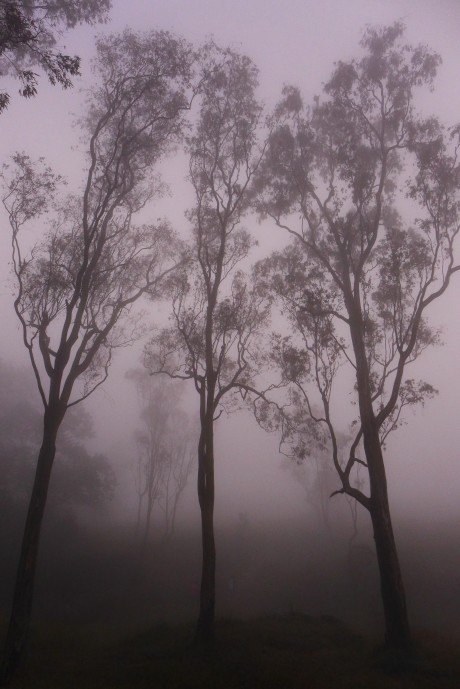 We drove back to the city, took a quick breakfast and went to the Bangalore Palace. Outside, it looked very grand. It appears as though we’ve been transported to some place in Europe, while a few minutes back we were in a colorful city in India.

There’s an audio guide complimentary of the entrance fee of 450 rupees. Then, we went to explore the palace on our own. 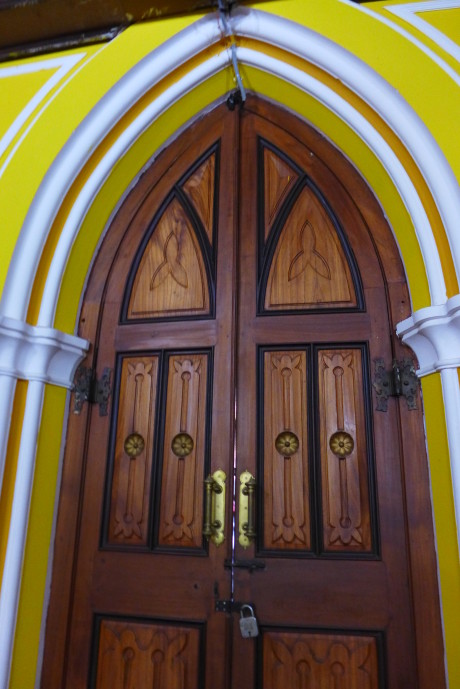 Gothic doors and carved wooden panels would greet you as you enter the palace. The second floor reception area was nothing short of extravagance. Every nook and cranny screamed of opulence – a far cry from the shanties and beggars that you would encounter on the streets. Chandeliers stemming from the ceilings, huge mirrors decorating the wall, and paintings all over the hallways were some of magnificent pieces all over the palace.

Photos of the eventful Dussehra Festival in Mysore were put on display as you move into the inner courtyards. Feet and trunks of elephants hunted by the royal family were also shown. A mix of western and Indian paintings cover different panels across the building. 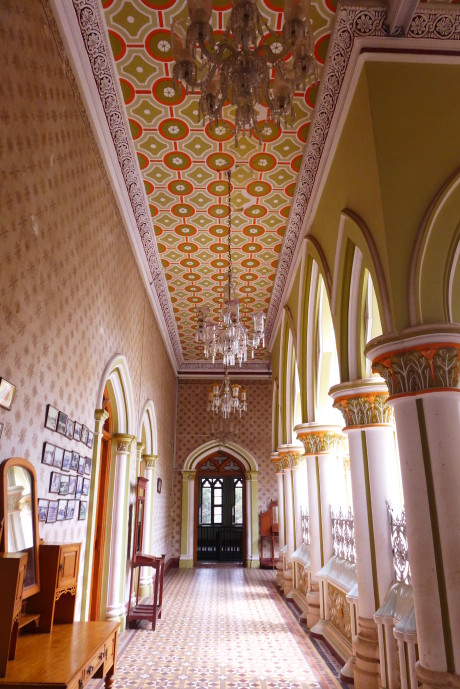 After about an hour of roaming, we were out of the palace. We were met by another friend, Neetha, and her husband Kiran, and they brought us around the city for the rest of the day!

Our first stop was the Iskhon Temple, a grand temple sitting within the city grounds. Although new, the temple is nonetheless majestic with its Dravidian style towers hovering around. There were three temples, and the last of which was the most impressive, with three golden statues displayed on the altar.

Next, we went for lunch at this Indian-Italian restaurant in Jayanagar district. The food was really good, and I was stuffed at the end of the meal. Thanks to Kiran for the treat!

We passed by the famous Cubbon Park, as well as the Vidhana Soudha and Vikasa Soudha along the way to our next destination. We went to a house where they sell kurta, the tops of Indian women. Jo and I decided it was time to buy and wear them, so as to truly feel that we belong here! We loved the prints, colors and the prices. 🙂 On another street, there was a Ganesha on display – a bit late compared to the others – but I was happy to witness it first hand in the city.

The couple also brought us to a boutique shop selling kurta. The designs were more posh; the prices were higher too. Though I liked one top, the fit wasn’t good so I decided not to purchase it anymore. We walked a little towards a shop selling Ganesha statues. Here, a lot of varieties were put on display. Moreover, we saw an artist while working. 🙂 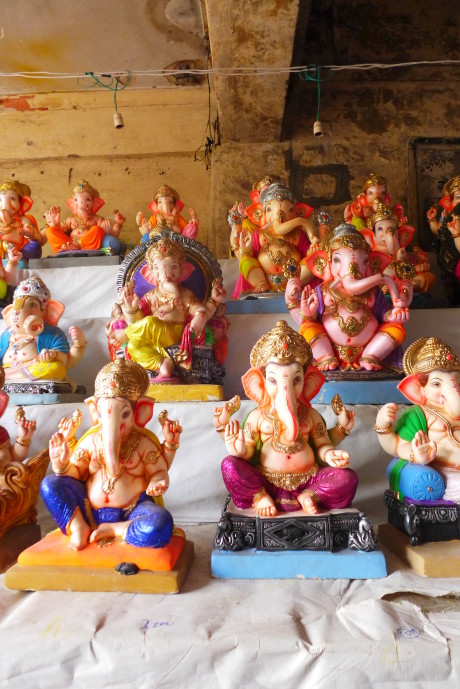 Our last stop was the Bull Temple. Outside, we grabbed coffee before heading in. The temple is sitting inside a park, where a lot of locals also spend their time in. True to its name, there’s a huge monolithic bull in the temple said to have been carved from a single stone. Nearby was another Ganesha temple, where the statue was covered in butter. The statue would be dressed up differently until the Diwali Festival in November.

Neetha and Kiran bid us goodbye after this. I was blown away by their kindness. Indian hospitality is really overwhelming. Meanwhile, Jo and I proceeded to the church to attend the mass, and went back home after that.

P.S. Please pray for the families affected by the typhoon in Orissa, India, the stampede in Madhya Pradesh, and the magnitude 7.2 earthquake in the Philippines. Thank you all!

5 thoughts on “Around Bangalore”