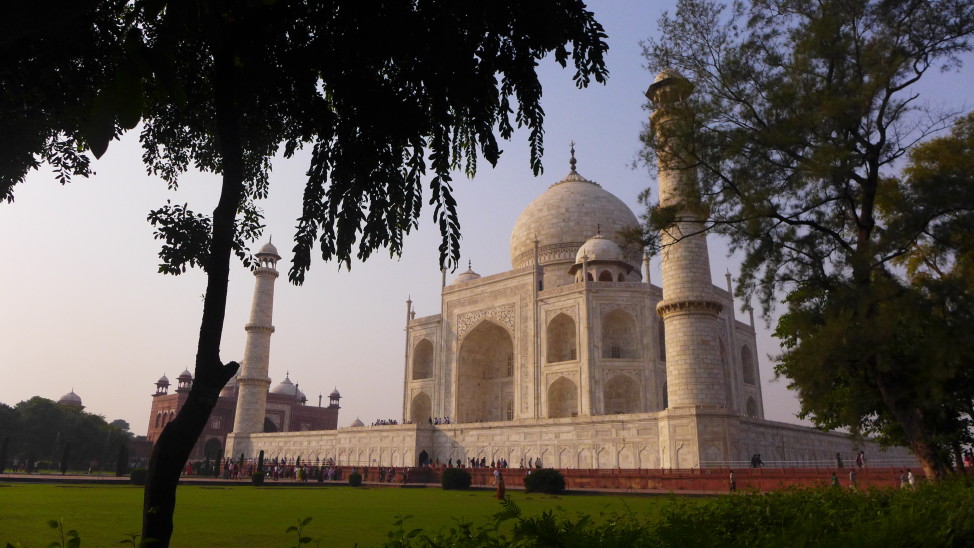 This is the second serving of the fourth day of our Northern Indian odyssey. To view the previous portion, please click here.

Then we arrived to the most iconic Indian building, the Taj Mahal. Because we rode an autorickshaw, we had little problems in navigating the streets. Uncle Moin dropped us near entrance, but we still passed by shops along the way. An insistent tour guide was pestering us, until we finally gave in to his wishes. 400 rupees was the bargained price, and he passed us on to Ali, the real guide inside the complex.

True to other travelers’ reports, entering the complex with a guide was a breeze, yet on our arrival on the bag inspection, the lady guard was so rude that made our entrance stickier than expected. No food was allowed, and they inspect your bag as though you’re smuggling something so dangerous! As a woman, I also felt violated with how they conduct their body inspection – with their hands running to as low on the chest as possible! Come on!

Anyway, I guess any traveler would shrug this experience off. After all, you are only a few meters away from the famous Indian landmark. Once we got past the bag and body checks, we found ourselves in the garden entrance of the Taj Mahal. Four entrances surround the garden, each corresponding to a direction. Like Agra Fort, this portion of the complex was made mostly of red sandstone, with the architecture intertwining those of Indians and Muslims. Behind the southern gate was where the artists lived – artists who laid the precious gemstones onto the marble. The northern gate was a good example of their artistry, as you would initially think that the designs were made of paint! 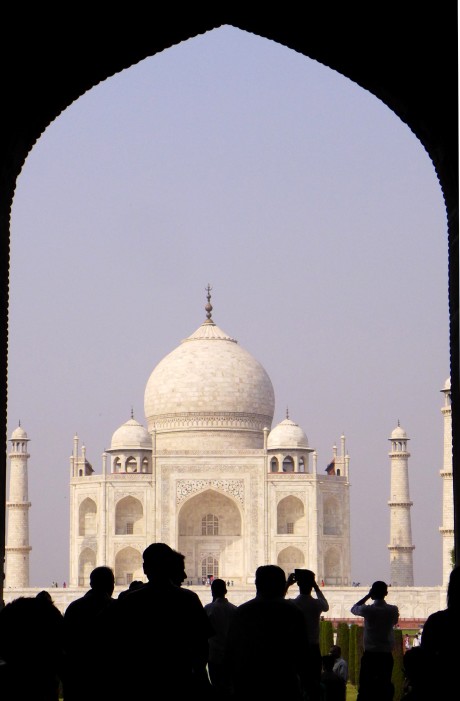 We finally entered the northern gate, and finally the Taj Mahal came into view. The white dome was striking in sharp contrast with its small body, with four minarets on the corners. If you removed its wonderful dome, you’d be left with a building typical of Indo-Muslim architecture, except that this one’s made of marble. On both sides were buildings of symmetric design, both made of red sandstone. We slowly made our way to the mausoleum itself, passing by the garden where Princess Diana made her iconic pose. Ali kept providing stories, yet I’ve always wanted to take my time in capturing moments like this. Soon, we put our shoe covers on and entered the building.

Two tombs could be seen at the center of the building, with the smaller tomb being at the exact center, while the bigger one was placed on its side. The central one was Mumtaz Mahal’s, while the bigger one’s Shah Jahan’s. Going around was quick, except that you’d hardly see the tombs as the built some sort of screen around them. Despite how Ali described that the building had these big windows to let air in, I felt as though breathing got more difficult as each second passed by – probably because of the crowding of people.

We got out and saw a hundred of locals sitting at the back of the Taj Mahal. They were in groups, chatting with each other as though the Taj Mahal is one big park and they were having a picnic! 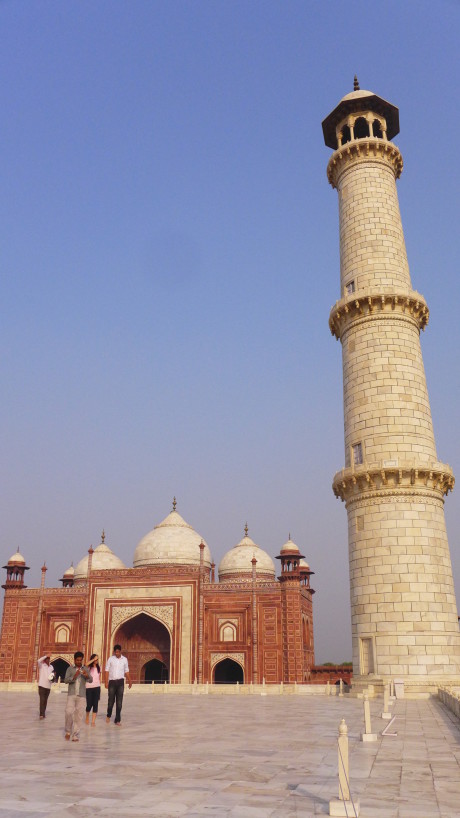 We went back to the northern gate, and I asked if Ali could already leave us since I wanted more time to look at the Taj Mahal. He declined, saying that he would just wait for us. I took a bench near the entrance, and stared at this wonder of the world. Honestly, I was underwhelmed with its beauty. Sure, the dome was magnificent, and the gem inlays were superb, but I sure have seen more intricately designed buildings in India. Maybe it’s an engineering feat at the time, but the Taj Mahal, for me, wasn’t the best India had to offer.

When we finally got out of the complex, Ali brought us to this shop where they sell products with gem inlays. It was fascinating to see how the artists work, but it was dizzying to see the exorbitant prices! Needless to say, we got out of the shop empty-handed.

Luckily for us, we spotted a shop with decent prices. We were enticed by how the shopkeepers weren’t pushing us to come into their store. It was also easy to bargain with them. A few minutes after, we have a couple of shirts and magnets, and we were out to meet Uncle Moin. He was already looking worried since we took our own sweet time in visiting the Taj Mahal. In return, he drove so fast for us to catch the sunset in Mehtab Bagh.

Mehtab Bagh is an orchard just across the Taj Mahal from the Yamuna River. It’s known to be the perfect place in viewing the sun set against the world-famous mausoleum. With a picturesque backdrop against them, a lot of couples flock this part of town to witness the lovely sunset. It was wonderful to end this day this way.