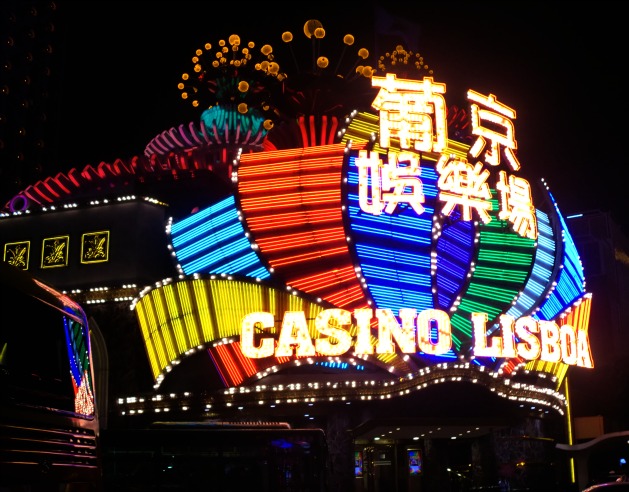 I should tell you that spending just three days in Hong Kong was barely enough to scratch the surface of this vibrant city. It has so much more to offer than just a cosmopolitan metropolis filled with skyscrapers. There were scenic mountainous landscapes as well as stunning beaches. There’s also the Chinese heritage that we all wanted to learn more about.

Hence, saying goodbye to this wonderful city wasn’t easy. It felt like we just arrived and we already had to leave. 🙁 Like any other thing, goodbyes were inevitable. What better way to end this leg of the trip than to see the Victoria Harbor from different points of view?

In the morning of our departure from Hong Kong, I walked around the Hong Kong Convention Center. This offered me a view of the harbor with the Tsim Sha Tsui as its background. (Yes, our room with a view in Harbourview Hotel was definitely not enough compared to what I saw.) Soon enough, I was in the Golden Bauhinia Square. I walked towards the Renaissance Harbourview Hotel and entered an art exhibit. I couldn’t remember the names of the artists showcased in the exhibit, but I was grateful to the security personnel who let me in. I was alone in the gallery the entire time! Afterwards, I headed back to the hotel where we were staying to prepare for check-out.

In the afternoon, we took the Star Ferry across the harbor to reach Tsim Sha Tsui. The beauty of riding this old method of transport was that you could see the best of both Kowloon peninsula and Hong Kong island. While it wasn’t the first time we’re seeing HK island from TST — the first one being the first night in HK, where we watched the Symphony of Lights and hopped aboard Aqua Luna (worth every HK dollar you paid) — it was definitely different from how it was during the day from that night.

We walked along the Avenue of Stars, which left me underwhelmed since I did not know much about the Chinese personalities, except for that sudden excitement that rushed through me when I saw Jackie Chan’s and Jet Li’s hand imprints. After this, we were ready to say goodbye to Hong Kong and headed to the Ferry Terminal.

We were bound for Macau. That was my first ever international crossing by sea, completing my list of crossings of land, water, and air. [First time by air: Philippines to Malaysia, April 2008. First time by land: Thailand to Cambodia at Aranyaprathet-Poipet border, May 2009.] The trip was short, approximately an hour, and I was sound asleep the whole time. 🙂

It was almost nightfall when we reached our hotel. We did a little freshening up and off we were to Macau’s casinos. More on the hotel soon.

I was a bit disappointed when I saw downtown Macau. Sure, there were these giant casinos glittering here and there, but there were also rows of two-story Chinese shops nestled in between. It just didn’t look too pleasing to the eye. It seemed like there’s this clash of development and heritage. Nevertheless, we saw the Grand Lisboa, then crossed the street to see Wynn Hotel, where we witnessed an amazing fountain show.

The funny thing about Macau’s casinos is that they don’t accept Macau patacas. They only want HK dollars. Whatever we exchanged in the airport were converted again for us to play. Disclaimer: I don’t really gamble, I just wanted to experience playing in a casino at least once, even if it’s just a slot machine. 😛

After testing our luck with Wynn’s slot machines, we moved to the Venetian Hotel. This was a bit far from where we were, but who wouldn’t want to see the hotel where an island was created just to have it built?

The Venetian didn’t disappoint at all — it was grand. The only thing that I had to complain about was the amount of smoke in the casino even if it was supposedly a non-smoking area (and the gigantic size of the hotel since walking around made my feet hurt). After we lost the money we allotted for gambling, we headed over to the Shoppes. Really, it was a different world. I felt like I was in another continent. See the ceiling? You’d think you were outdoors. How about changing from night to day in just a few seconds? This place was BE-A-U-TI-FUL.

Dead tired, we headed back to the hotel and got some rest. There’s more to see the following day!