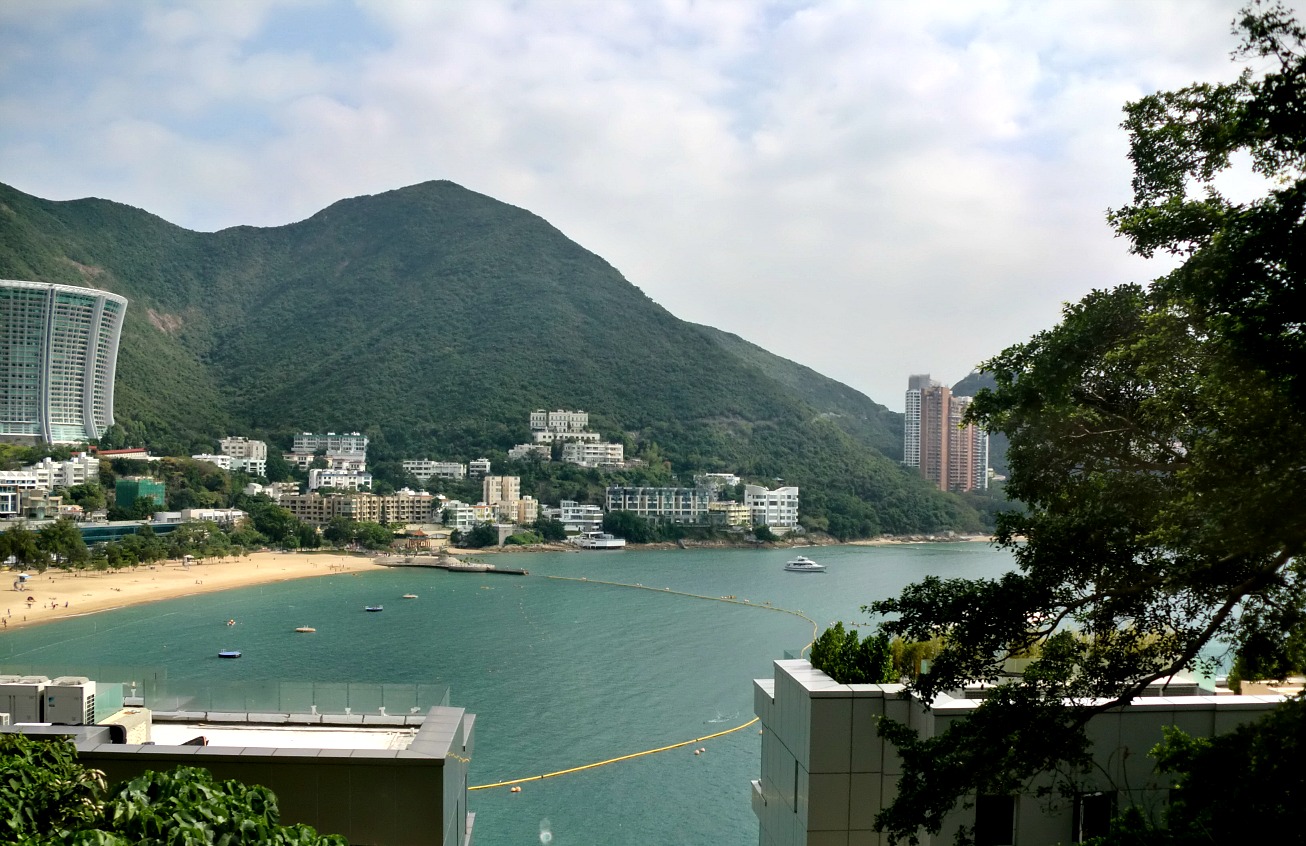 Our second day in Hong Kong was dedicated to seeing Hong Kong island. It’s the island south of the Kowloon peninsula, and it’s where the Central Business District is located. From the hotel where we stayed, we took a taxi to get to a tram station, because riding the tram or the dingding, as how the locals call it, was one of my must do’s in HK.

We hopped onto the first almost empty tram and made our way to the front in the second level. The scenery soon changed from the short and cramped buildings in Wan Chai into the huge skyscrapers in Central. Off we were to see the state’s CBD.

Note: There are a lot of tram routes in Hong Kong. I had no clue which one we hopped on since it was just a short distance and we were willing to get lost and walk anyway. 🙂

There are various skyscrapers that would catch your attention once you are in Central. There are the Bank of China tower with its crisscrossing beams, the massive HSBC tower,  and the sturdy Jardine House. Nestled among these modern buildings are some of the state’s older structures including the Legislative Council building, the old Bank of China building, and the General Post Office.

In front of the former City Hall is the Cenotaph, a statue to remember those whose lives were taken during the Second World War. Coincidentally, it was Remembrance Day when we were here, so there was a military and multi-faith ceremony being held.

Coincidentally again, it was a Sunday — there were a lot of Filipinos in Statue Square and all across Central. Whew! I honestly couldn’t describe how I was feeling. I was at a loss with my feelings toward my fellow Filipinos. It’s not because they are working overseas, but it’s more of how they spend their day off of work. I know that it feels lonely to be in a foreign land, that’s why there’s a need for them to meet up with other Filipinos and interact with others, but it’s quite saddening how they do so.

They put carton boxes along the sidewalks, or gardens, or underpasses, where they could sit. Some sell Filipino romance novels. Others sell cosmetics. Some provide manicure services in public. I even saw one foreigner took photos of them, and I was so shocked and disappointed with how things were. I wish that there’s a place that the Filipino government would provide so that these overseas workers don’t have to crowd these public places!

Continuing on our sightseeing escapade, we headed to the IFC mall to grab a quick brunch. Soon after, we walked our way to the Exchange Square Bus Terminus to ride Bus 6, headed towards the Stanley Prison.

The winding roads to Stanley were lined with trees with some branches extending low enough to hit the bus. We would feel like docking every time it did, since we were in the front seats on the second level of the bus! Soon, the coast of the Repulse Bay began to be emerge, with its beige sand shining distinctly against the water. Looking farther beyond were Hong Kong’s outlying islands. It was beautiful, and taking the bus through the scenic route was indeed very well worth it!

We didn’t bother going down to Stanley Prison — what we saw along the way was so fantastic that the idea of seeing a depressing prison didn’t appeal to us anymore. We went back to the Central to continue exploring other parts of the island.

I’ll talk about Victoria Peak on my next post.